5 Interesting Currency Pairs to Look into in January 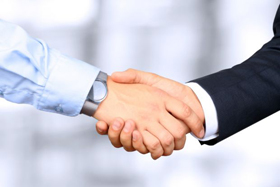 Many if not most of these currency pairs are part of the highest traded currencies in the forex industry. But there are other reasons why you should be looking at these five currency pairs.

According to experts, the British pound sterling will continue to be interesting for the next couple of months. We are assuming that the Brexit issues and problems with the British Government as well as EU related issues will have an impact on the pound sterling.

The agreement drafted in 2018 lead to the pound going through a rough patch and that volatility is predicted to continue. Starting December 10th, the pound sterling dropped to a 20-week low against the USD, which proved that there is a lot of trading opportunity. Apparently in the forex world volatility equals profitability and especially if it is predictable.

Now for the very same reason, we discussed above the EUR/GBP is another interesting currency pair for January 2019 and beyond. March 2019 is the official Brexit date, and with that, we are expecting increased volatility as that date nears. That said we don’t think that the currency pair is going to be very interesting before March though it will fluctuate a great deal more after March. Arguably the EUR/GBP will be the most exciting currency pair of 2019. 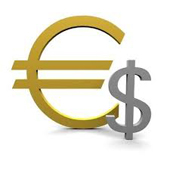 Make sure to follow the extreme volatility of the currency pair and others by watching the market ticker on our website. We will also post updates with significant changes when they happen.

We have all been watching the economic tension between the United States and China in the past couple of months. The trade wars are only heating up and blow for blow it is making the USD/CNY currency pair interesting. Each tariff has been met with further tariffs, with exports being stretched to the point of stagnation between the two countries.

While we would generally see a lot of holiday shopping in both countries, it is Chinese products which stand to suffer the most. If anything it will widen the current currency gap between the US and China which could get even more volatile in January and beyond.

The last currency pair on our list is considered exotic, and yet it still does not get the kind of attention it undoubtedly deserves. The Swedish krona is neutral for the most parts in the international economy, but because it is related to the EU and also the UK, it has managed to gain a bit of influence. That’s why you can expect to see more trading opportunities as we near the Brexit deadline.

Then you also need to factor in the latest announcement by the Swedish central bank which stated that the country could become the first entirely cashless state within the next five years. If anything the nervousness amongst traders could lead to SEK’s unusual volatility.

The currency pairs discussed above have something unique to offer, and there is a growing chance of numerous investment opportunities. At the moment the international currency markets seem to be on fire for the most part, but it has become hard to predict anything. That’s why it is essential for traders to rely on their meticulous analysis for consistent profits.

Bitcoin Drops Over 12% Of Its Value In Just 24 Hours