Alpha Money Generator was founded by Fabian Samuel, a former product developer constructing portfolios for one of the best Swiss investment houses.

After he left, with enough money to never have to work again, he created Alpha Money Generator a sophisticated algorithm that defies the standard risk-return axiom of low risk low return and high risk high return.

This is allegedly done through extremely high speed computing, previously only available to the largest banks and financial institutions.

And the reason Fabian wants to give away for free for a limited time? Not out of the goodness of his heart, but because he needs you, the general public, to help establish credibility for his system.

This credibility will help him in his real goal – to get a seat on the economic advisory board of the European Parliament.

What is Alpha Money Generator?

Another day, another new binary options robot with another fantastic backstory and even more fantastic claims:

At the very least we have to give the creators of this robot props; the bit about Fabian’s ambition to sit on the European Parliament’s economic advisory board is pretty creative.

And how about how this fantastic system works? Fabian explains it below: 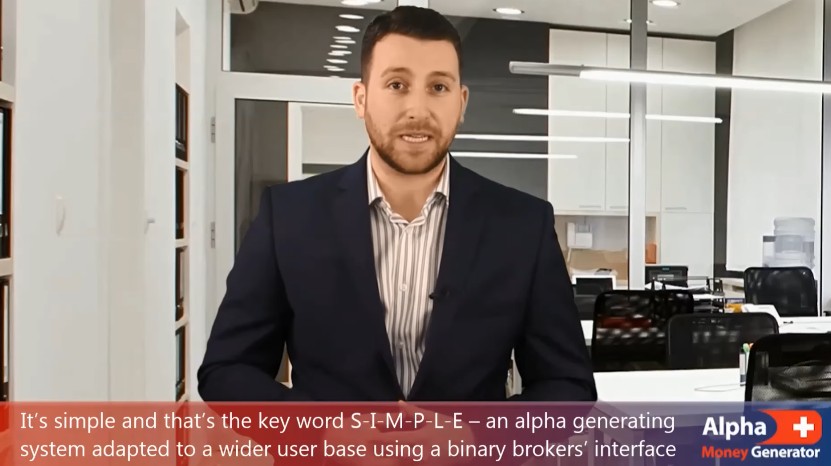 No wait, he actually doesn’t explain how it works at all and just spouts nonsensical jargon in your face. That should not be surprising because ‘Fabian Samuel’ is actually well known Fiverr actor Derren or dezza123 who has appeared in too many of these robot videos to count. Notice the obvious green screen background too.

Listen, if the ‘big banks’ really did have high speed trading systems that could get them high return for low risk, do you think they would have needed to be bailed out by the government?

If they had such a trading system, they would be making consistent massive profits instead of being in trouble. And this goes for all the banks; Swiss or otherwise.

After Derren is done spouting off his nonsense, the video then ends with four other ‘successful’ users of the Alpha Money Generator system. 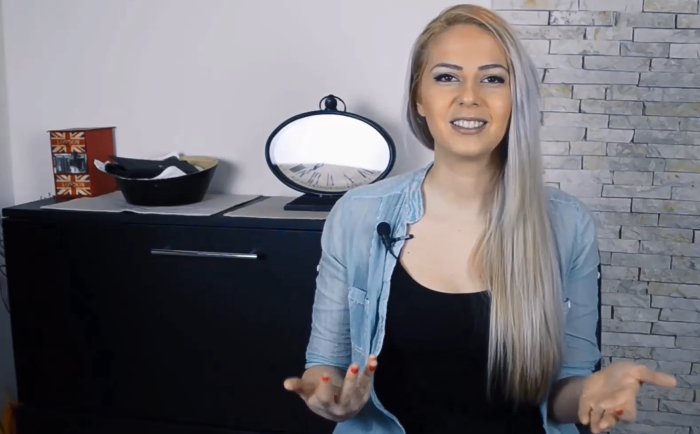 Needless to say, these are all fake and those testimonials are all also given by Fiverr actors as well. We’ve identified her for you: kishameraa.

Alpha Money Generator is likely nothing but a generic autotrading software. No, it won’t make you rich in 4 months and no, it doesn’t have a 94% success rate (no robot has!).

These binary options robots are just unethical affiliate marketing that repeats the same formula again and again. A wonderful binary options robot that will make you rich, offered for free, for one reason or another. And all you have to do is fund your account with a broker and start using the robot.

Of course, the minute you fund your account with the broker is the minute the robot’s creators earns a nice affiliate commission from said broker.

And you haven’t even started to use the robot which will of course, not perform anywhere near to what has been claimed. By then, it’s too late.

As for the brokers themselves, well, the brokers that stoop to allowing such unethical people to affiliate with them are usually not the best. They are almost always completely unregulated, and it won’t be a surprise to find a whole litany of complaints alleging unethical behavior on the broker’s part as well.

In the case of Alpha Money Generator, their website is no longer functioning. This is also not surprising as these robots only have a lifespan of a few months due to review sites such as ours continuously exposing them.

The only people that Alpha Money Generator is generating money for are the robot creators and their partner brokers. You, sadly, are most definitely not one of them.

Stay away from this robot.