According to the Elliot Waves Theory, the corrective waves, to be more precise, the second and the fourth wave in any type of the impulsive move or the motive move or in the five waves structure are alternating in different waves and this is one of the most important issues that need to be considered in order to have the valid impulsive move. 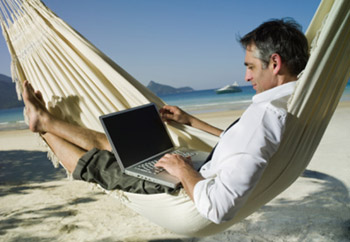 The alternation that we are talking about in this article can be in many different ways but it has to appear in only one is obligatory out of time, structure, construction or the distance.

The time, in this case, is referring to the time that it takes for the market to consolidate for the second as well as for the fourth wave and that time should be different for those two waves. The same issue is applicable to the structure: in the case when the second wave is actually the complex corrective wave, something like the double combination or even the triple combination or double zigzag or some other pattern, the trader should be looking for the fourth wave that will be the simple corrective wave that might be in the way of the simple triangle, flat or the zigzag.

When it comes to the constructions, it needs to be said that it is very similar to the structure with only difference being that in the constructions, traders should be looking at the numbers of the sub-divisions that the each correction has. Distance, on the other hand, refers to the actually or the physical distance that the price will go through from beginning of the corrective wave until the very end of that corrective wave.

Impulsive Waves Should Not Channel

The use of Alternation Principle

The first requirement in the process of making the alternation respected is for the traders to draw the 0-2 trend line or the trend line that will be stretching from the start of the impulsive move until the end of the second wave that will follow the first wave.

The second wave and the fourth wave, when compared, should be very different and if it happens that these waves are not different, that is a reason for suspicion. The trader should look out for many issues including the structure of these two waves as well as the distance that the price is traveling as well as the sub-segments that the second and the fourth wave have.

Look out for the Time Frame

Time is a really important issue especially in the case if you are witnessing the time that it takes for the second wave to be consolidated and the exact same thing should not be expected to happen with the fourth wave. In situations like these, the fourth wave would most likely be the simple correction and the best way to trade binary options in that type of situations is to take a Fibonacci tool for retracement and wait patiently until the moment when the market will retrace 23.6% or 38.2% because this will provide us with the perfect striking price for the fourth wave that will soon be followed by the fifth wave.

When it comes to the issue of alternation, it needs to be emphasized that the principle of alternation or the rule of alternation should be considered only in the case of two corrective waves and not in the situations when we are dealing with the impulsive moves and because of that the alternation will have nothing to do with the first, third or the fifth wave.

Basically, it has a lot what it needs to do because the impulsive move is actually characterized by the one wave whose length is bigger than the length of the other two and it means that it is the extended wave. Depending on the issue of what wave is actually expanding, times for consolidation are different and they are actually expected for the two waves that are corrective and the principle of alternation in that case will provide us with the tools and opportunity to trade binary options in the right direction and with the best possible striking price.

If it happens that the first impulsive wave is extended, in that case, the second wave will most likely be the one that consumes the most time and if we take that time that it takes that wave including the candles as well and if we project that time by the time when then third wave actually ends we will be provided with the maximum time that will take the fourth wave to be created.

All of this leads to the strategy that has been known among the traders as scaling into the position. However, it needs to be said that the scaling is not done in the aspect of the price but rather in the aspect of the time. In the case of the bullish impulsive move call options should be traded while in the bearish impulsive moves the put options should be traded.