Bitcoin Dominance Rises To The Highest Level This Year 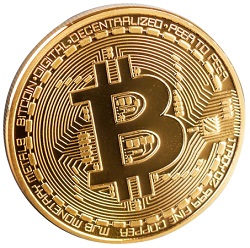 The international cryptocurrency market is in flux as bitcoin continues to try and re-establish its apex status. It seems that without it all other cryptos are as unstable and untrustworthy. Also, major tokens have now fallen to new lows while at the same time Bitcoin has somehow managed to hold on to its $6000 value. One of the reasons for its strength is increased market share which is currently at 57.9%. It is the highest market share for the biggest reserve cryptocurrency and is also backed by a great deal of trading volume.

The recent drastic plunge in cryptocurrency value has in part been due to severe and anti-crypto regulations by the US. The SEC has levied many actions against businesses using cryptocurrencies which is setting a somewhat dangerous precedent for others. The first action was taken against Crypto Asset Managment CP, which is a California based service. The service has been accused of operating an investment company without proper registration, using false advertising and also lying to its investors. The firm was apparently marketing and selling otherwise unlisted cryptos but was touted as the first regulated fund in America which the SEC contends are claims that are false.

CAM has been accused of operating funds without being registered as an investment company. Consequently engaging in such a business and engaging in non-exempt public offerings not to mention investing over 40% of the assets in digital securities is considered fraud by the SEC.

The business has since then ceased its so-called public offering and has offered buybacks from all investors who are affected by the SEC’s action against them. Both Enneking and CAM have agreed to the SEC’s order to cease, desist and censure but without admitting or either denying the findings against the company. Though they have agreed to pay a $200,000 penalty.

The other action was against the ICO Superstore and is the first of such action to be taken against an unregistered dealer/broker. Both the operators and the ICO Superstore have been charged with selling off digital tokens without proper licensing and not complying with the required SEC regulations. A recent federal judge ruling read that the ICO Superstore was, in fact, a scam and as such subject to strict US securities laws. This particular ruling sets a very important precedent since it acknowledges that some types of ICOs and cryptocurrencies are seen as securities.

Interestingly Bitcoin today continues to remain as one of the most resilient currencies as it continues to sell and still has a lot of support. Bitcoin continues to ride the $6000 mark trading value at which it seems to be holding tight.

Indicators suggest that a bullish crossover is consistent with the level of support so there is a good chance there will be an uptick in prices. That move may see some resistance in the short term average movement, though a movement above that mark is going to be bullish. If the prices decline to sub $6250 levels, there will be a new long-term low of around $5,800.

Nasdaq Is Building a Tool to Predict Crypto Price

Bitcoin Drops Over 12% Of Its Value In Just 24 Hours