Everyone wants to become a millionaire and even more so if it can be done in just six weeks. That’s the promise made by the people selling Brexit Bot, a software that can allegedly turn a few hundred dollars into millions. However, since the claim seems too good to be true, we decided to put it through our tight investigative process.

The system is developed by Paul Harrison and claims to be the ultimate money making solution. Though in actual fact we found that it’s just another financial scam. Even though we firmly advise that everyone just avoid this software for obvious reasons but we’ve still decided to review it.

It’s a review that’s worth checking out because we put forth compelling proof of it being a scam. Plus if anything it will help you steer clear of other similar scams in the future.

How does Brexit Bot Work?

The official Brexit Bot website claims that the system is rooted in the decision by the people of Britain to exit the European Union. The decision is also popularly known as Brexit. The software claims to take advantage of the sudden change or shift in the value of the currency, which some how makes it better at trading binary options.

The Brexit Bot software allegedly has the ability to search through financial records and then calculate the data in an effort to estimate which trades are likely to be profitable. Even though it sounds somewhat workable in theory in actuality, that’s not how the market works.

A bunch of lies and false promises

According to the website, the Brexit Bot software was developed by a seasoned trader named Paul Harrison, in an effort to automate his trading. He claims that the software can generate at least $25000 a day with a 92% win rate. If anything this statement is outrageous which is why we had to find out more about it before stating if it were true.

Our goal was not to debunk the statement but what we discovered led us to believe that it was false. The company provides no evidence of it being able to generate this type of money except for feed people inconsistent statements and lies.

In our experience reviewing dozens of trading bots over the years, we’ve not come across one legit software that has a 92% win rate. As a matter of fact, this type of win rate is considered impossible mainly because of how the market works. So, if anyone were to come up with software that did, in fact, deliver this type of win rate it would be big news and that person would be a celebrity.

All businesses know that the media limelight is the best way to drum up business, not to mention the fact that it is cheap yet effective advertising. However, we found nothing about the Brexit Bot software other than on the official website. So, nobody has heard about it!

Any binary options trader who has been trading for some time will tell you that making money in this industry takes time and effort. It requires that traders have the ability to watch out for changing trends and make good decisions. 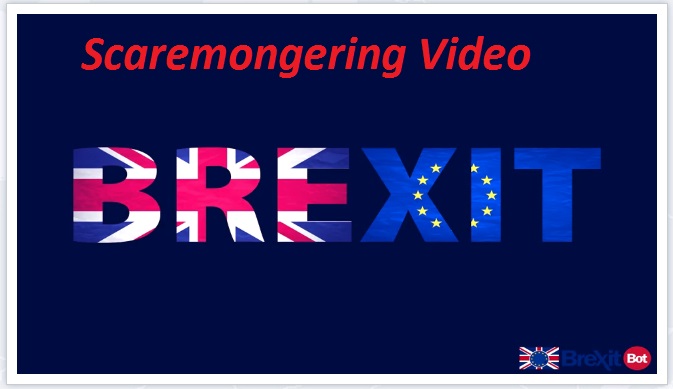 No millionaires are made overnight except for those who win the lottery. Trading may seem easy, but it requires hard work which is why automated systems like Brexit Bot are only selling gullible people a dream.

According to the narrator of the presentation, there are only fifty spots available, and if those are filled, then you won’t be able to take advantage of the system. But in reality, this is just a sales tactic to exert pressure on people.

We were able to debunk this lie of there being only fifty spots by registering with a fake email. But even after we registered, each time we came back it kept saying that there were 50 spots available. So, the spots were never filled.

Who really is this Paul Harrison Character?

We have searched and asked people in the Forex trading industry, and this person is an unknown individual. Even Googling his name turned up nothing, so he isn’t in any financial journals, hasn’t written any articles or appeared on television. Any person who has been trading for years and made significant sums of money would have some sort of trail, but he has nothing.

We also wanted to look into the registration of Brexit Bot and found that it’s not registered. There are no companies by this name. However, we were able to conclude that Paul Harrison is, in fact, an actor for hire on a freelancing website called Fiverr.com. So, it stands to reason that he didn’t even develop the app and knew nothing about trading.

It’s free to join and become a member but to start using the app; you will need to register a trader’s account with a broker. Unfortunately, you can’t choose a broker of your own and have to pick from their choice. Then deposit money which is risky because you have to trust them with your money.

No honest system can make these kinds of promises

The only people who are making money with the Brexit Bot are the scammers themselves. They are duping people into investing with a broker that they have partnered with in exchange for a commission from every deposit. Though the broker makes money by fleecing you out of the investment because unknown to many people, these brokers are unregulated and blacklisted. So, you’ll never see that money again.

We also found that there was no way to contact anyone at the business other than doing it via the website. There aren’t any telephone numbers, and the physical address is unknown. That’s the trait of a scam business.

Plus, since they are not registered no taxes are being paid, and when your deposit account starts losing all its cash, there is nobody to blame but yourself. All of these are red flags worth nothing.

What about the glowing testimonials by members?

The testimonials are fake. The pictures used by these scammers to make the testimonials look legit have been sourced from the internet. The people who are telling you about how successful they were are in fact hired actors. They have been paid to read a script. So, these are not real people who have become wealthy using the Brexit Bot software.

The classic bait and switch scam

We have done everything possible to try and find proof that this software is legitimate. However, we were not able to find anything proving that the system worked except red flags that point to it being a scam. The biggest red flag is that the Brexit Bot or business isn’t registered in any part of the world. Then the video narrator is a liar and uses a fictitious name to hide his true identity.

Our question is why wouldn’t the creator of this fantastic piece of tech want to take credit for it? Why wouldn’t the program be advertised in conventional media? Why is such a highly successful trading software a secret? Again the other mystery is why would they just have fifty slots open when they can have a hundred or even a thousand?

Our unbiased and well-researched review has left no aspect of this scam unexposed. We have presented and exposed their lies for everyone to see. None of the claims made by these people can be backed up. It is nothing but a scam that will rob you as it has others in the past. It is why we ask you and everyone else that reads this review to stay away from it.