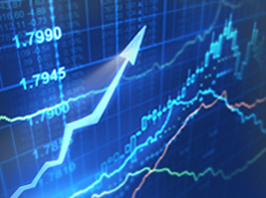 The 50% retracement level in binary options trading can be quite beneficial for a trader if they know what they are looking for with it. It can be quite tricky to deal with considering that Elliott Waves Theory has its own manner of dealing with it, Fibonacci clusters – another, and classical patterns such as triangles represent a great way to search for striking prices for your binary options trades.

But let’s start with the things you need to remember when trading the 50% retracement level. One thing to keep in mind that with one of the most common consolidation patterns, contracting triangle, it is needed for three legs of a triangle to retrace minimum 50%, and there is a similar thing for a horizontal contracting triangle to end around the 50% level.

Knowing this and arranging the expiration date based on the timeframe during which the pattern appears gives a trader a vital tool for binary options trading with contracting triangles on the 50% retracement levels.

Also, after the first wave in an impulsive move, it’s typical for the second wave to arrive and retrace 50%-61,8% of the first wave way before the extended wave starts.Thus, buying call options in a bullish impulsive move is what you should be aiming for as well as buying put options bearish impulsive move. Also, note that in case the retracement level during the second wave rises more than the typical  50%-61,8% range, it is very likely that the second wave will not be finished here and only a part of it has traveled into that area. This shows you that it is probably a good decision to finish there and that a b wave is about to start in the opposite direction.

Let us give an example. A good decision is to open the biggest possible timeframe and a monthly chart and zoom our so that it is possible to see all candles that are available. Next, go ahead and mark the highs and lows on that chart and use a Fibonacci retracement tool to find out the 50% retracement. After that, take that level and go to the lower timeframes to do the same thing with the highs and lows when on the 4h chart or even the daily one there are more than 3 levels drawn. They show the support and resistance level for the future price. Every time market would hit them, it’s time to trade.

Traders sometimes say that there is a drawback to this approach since with the bigger time frames the levels are resulting and the levels for buying an option do not come that often. That might be true for each individual currency pair or stock but if what you’re looking for is a number of currency pairs for your trading, it’s basically impossible for at least a few option to come during the day. As for the expiration date, we advise going for a bigger one just to overcome economic events that have the power to influence the success of your trade.

But how to do that? First, measure the length of the largest leg of a triangle and find out the 50% level. With a bullish triangle, nearly all the time there is a tendency for the market to be attracted by the 50% line and below it is a good place to find striking prices for buying call options. For a bearish triangle, the opposite is true.

By its importance in binary options trading, the 50% level is right after the 61.8% golden ratio. That already says a lot about the need to study it further and use this knowledge in your strategy.