As one of the fastest growing industries in the financial world, it is not surprising to find the binary options trading arena constantly being flooded with all kinds of trading solutions said to enhance a trader’s trading ability.

While some of these trading solutions may be genuine, many are actually scams. This is the main reason why this website exists. We are constantly monitoring the internet for any new trading software that claims to help traders generate profits at an astronomical rate and see if the claims holds up to our scrutiny.

What is the Cash Formula?

Also known as the CF Files, the Cash Formula is said to be a trading software that uses a secret algorithm to trade the financial markets with a phenomenal winning ratio. It is distributed by a company that was founded by both Tim Stafford and Professor Drew Cummings.

Here are some red flags about the software:

The Man Behind Cash Formula

The promotional video for Cash Formula, presented by Tim Stafford, is light on the details, but here’s what we’ve gleaned. Tim Stafford, discovered a ‘secret loophole’ that has enabled him to siphon billions from the financial system, and made him a very wealthy man.

And now, because he grew up poor as the single child with two alcoholic parents, he feels empathetic and wants to give back to people in need of money, at no charge.

A quick Internet search will reveal that Tim Stafford is entirely fictional, with the only information to be found about him relating to this robot. Here’s the truth: Tim Stafford is an actor, and not a particularly good one. 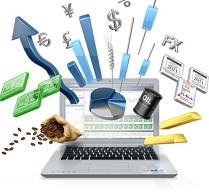 Is This System Free?

The robot itself may be free but opening a trading account with their affiliate broker, FMTrader, which is completely unregulated, will cost you $250.

Are Those Testimonials Real?

Just like Tim Stafford, the testimonial givers are all paid, and because all of them are filmed in front of the same white background, they are likely actors as well (if the testimonials looked like they were filmed in their own living room, we would say they were from Fiverr). None of it is real, and there is no ‘secret loophole’ that will make you $20,000 a day sitting on your couch doing nothing.

If you don’t believe us, you can simply do some research on the names of these Cash Formula ‘success stories’. Such as ‘Lauren T’, who claims to be LinkedIn entrepreneur yet a quick search on the LinkedIn database will show no such person looking like the person in the video.

The Window Dressing Which We See 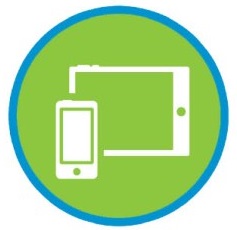 Here’s what the promotional video for Cash Formula shows us to convince us that the robot is legit. Some are so obviously faked, while others might need a more trained eye to spot. 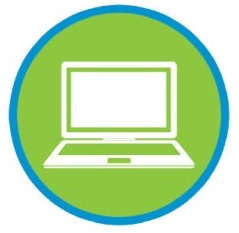 The ‘window dressing’ above may be enough to fool totally inexperienced people who have just discovered binary options and online trading, or people who don’t do their research in general. But here’s some stuff that is not shown which would have made it more convincing.

In addition to the $20,000 a day promise, the Cash Formula website also says that they will give you $100,000 in free cash as incentive for you not closing the webpage immediately. If you think that’s going to happen, we don’t know what to say.

There is an actual ‘cash formula’ at play here, but it is not the Cash Formula that is being sold to you via their nonsensical promotional video. Rather, the real cash formula is the formula that binary options robots creators use to generate real cash…. for themselves.

Where does that cash come from? It comes from binary options brokers, who these robot creators are affiliates of. When you or someone else opens up a trading account with one of their affiliate brokers by going through the robot’s website, they get a nice commission.

So indirectly speaking, the robot creators do in fact make money from you. That’s why they are all offered for free, despite allegedly being able to generate thousands of dollars in profit a day at zero risk. 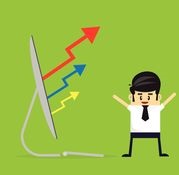 Making good money trading binary options is certainly possible, but robots with false promises aren’t the way to go. Instead, take the time to actually educate yourself on trading and the markets and progress from there.

As if Cash Formula wasn’t bad enough already, if you do visit their website (which is now fortunately defunct), you will be greeted by a terrible popup. It’s the terrible icing on a crappy cake.

From our research and observations, we find that the Cash Formula is nothing more than a money making app for its creator. And the marketing of the Cash Formula is solely designed to get you hyped up and register for the software. We strongly advise you against joining this worthless scheme as you are most likely never to see your money again.

The unfortunate truth is scammers are getting smarter and smarter each day. Using paid actors and fancy terminologies to impress and gain your trust, they install a false sense of security and hope in everyone just to get people to sign up with them. So don’t be fooled by their empty promises.