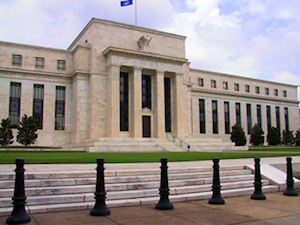 To understand how the binary options market works we must know first that central banks have a leading role when it comes to ensuring economic and financial stability. They lead the monetary policy to reach low and stable inflation. Therefore, everyone on the market is expecting the monetary policy reports. All the market participants want to know when central banks are going to have a meeting and what will be its outcome. Even the slight changes can have the effect on everyone, and that means that money can be made or lost at such speed, that we are almost unable to comprehend.  Further, monetary policy decisions on interest rates influence all of the markets.

There are several central banks which are most important to observe in order to know the possible events. These banks have the most effect on the financial market, not only in the countries they are regulating but also in the whole world. They are:

For all the beginners, it is necessary to know that they should be informed about economic events. For example, it is essential to observe the economic calendar and note when the most important central banks will have the meetings. Even though their schedules are different or the names for their meetings are not the same in the economic calendars, events of the crucial importance are marked with red.

As it was already mentioned, monetary policy strategy is the process is lead by the monetary authority of a country, usually the central bank or currency board. They control the supply of money; they also target an inflation rate or interest rate in order to guarantee price stability as well as general trust in the currency. Monetary policy is present for a long time, and for many centuries it was present in only two forms – decisions about coinage and also decisions to print paper money as a way of creating credit. Today monetary policy has much more effect on the world around us, and if we decide to join the financial market or be its part in any way, we must follow the monetary policy meetings.

The largest central bank in the world is the Federal Reserve in the United States of America. As the central bank of the United States, it serves as both the banker’s bank and the government’s bank. In the first occasion, it provides assurance of the safety and efficiency of the payment system. However, as the government’s bank, the Federal Reserve deals with a range of financial transactions including trillions of dollars. The Federal Reserve has meetings on Wednesday every six weeks. Therefore, if you are trading a binary option with a currency pair that includes the US dollar, you should know that on this Wednesday in particular market can meet extreme volatility levels.

The European Central Bank (ECB) used to meet on every first Thursday of the month. However, now their meetings are not scheduled for Thursday, not even for every month. It means that the press conferences which include interest rate decisions are moved on Wednesday and with a six-week time frame, which is exactly the same as the Federal Reserve practice. This bank has the Euro as its main currency; therefore if your currency pair includes Euro, you should follow these meetings. Especially because the traders should have the expiration date in mind in order to avoid unexpected circumstances. On the press conference which, usually, follows, the ECB releases minutes from the previous meeting, meaning they provide information on the decision. The first part of the conference is meant for the statement reading, while the second part is meant for the questions and answers. It is unpredictable since you can never be sure what the questions and what the answers will be.

Bank Of England – Home of the sterling

Similarly, like the ECB, the Bank of England (BOE) is changing the way of communicating to markets. However, since this is a smaller central bank, the things tend to change earlier and even more significantly than in the bigger central banks.

The first Bank of England Governor, Mr, Carney is Canadian, and he has transformed the way the Bank of England was functioning and communicating with the others. For example, if there is no change in the interest rate decision when the Monetary Policy Committee (MPC) is meeting, then the statement does not necessarily need to be released. As a result, we participate in a rather boring market, since in more than seven years now after the last change; the rates are at the same level. Nevertheless, there is a number of other ways to communicate to markets such as the inflation.

The United States of America and the Federal Reserve also participate in these change since they introduced the forward guidance policy. However, these things are not particularly easy to observe since they are not of the same kind of changes in ECB or BOE. Currently, the Chairwoman of the Federal Reserve is Mrs. Yellen, who made several changes in the existing structure of the American economy.  Even though the dates for their meetings remained the same, there are some interest rate decisions and Federal Open Market Committee (FOMC) decisions which are not necessarily followed by a press conference.

Typically, those are not markets which actually move. In spite of this, when a press conference is scheduled, volatility rises, and consequently, the prices become unpredictable. With minutes option still available three weeks after the interest rate decision, a trader needs to choose whether to follow the predictions of the Federal Reserve or not. In either case, the market participants should know how to act. They should be aware of the consequences in both scenarios, be informed, know what economic events might bring and finally, know what to do in particular situations.