Scammers lie all the time.

They falsify their own identities and the identities of those they hire to show off luxury cars and vacations.

They lie about the kind of profits they claim you’ll make using their products. Some of them, however, take their lies farther than others.

The creators of the China Millionaire software for binary options trading are some of the most fraudulent we’ve come across to date. In their marketing video, they make the unbelievable claim that the most populous nation on earth became home to the second highest number of millionaires on Earth thanks to their software.

While China does have a lot of millionaires, you can bet that most of them didn’t get their money from using China Millionaire.

So that’s just a blatant lie that the people behind this robot think enough traders like you are stupid enough to fall for.

But What Exactly Is China Millionaire?

Jin Lee, a boy from China and very smart with math, had a mother who got ill when he was 17 years old. They needed money, so he turned to the Internet to figure out how to get more income and came across binary options.

Because of his mathematically-inclined brain, he created an algorithm that gave him a 99.8% success rate when trading binary options. The popularity of his system exploded and so the story goes that millionaires started popping up all over the place in China.

That’s certainly not the usual trading story you hear. But it contains a big flaw that leaves it open to skepticism.

The Internet in China still isn’t really freely accessible wen it comes to trying to make money online. Most Chinese people still don’t have Internet access. And even for those who do, the government monitors it tightly; they don’t even have access to Youtube. Therefore, something like trading binary options is a non-starter for your average person.

Also, that 99.8% win rate is impossible to attain. The binary options market has too much volatility and so you can’t win practically every trade. According to most industry experts, the best you can hope to get is 85% winning trades.

Let’s face it. Most of China’s millionaires got that much money thanks to the plethora of cheap labor from the country’s workforce, not through some software. 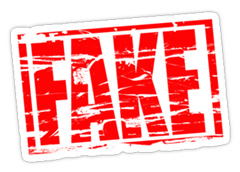 Is Jin Lee even real?

After doing some searching, we couldn’t find any online records that referred to this mathematical genius with this name. It’s no surprise to us to find that this Jin Lee is likely fake; a lot of scam binary robot developers go back to the same stable of tricks.

And using fake names with actors or purchasing stock images of people online is one of them.

The video on their site only showed an alleged image of him for a second which also raises suspicions. For all we know, that picture shows a random Asian guy in a stock photo bought on a site like istockphoto.com.

Or maybe they took it straight off of Google since this image does show up as one of the top responses for the search term “strange Chinese guy”.

The China Millionaire site shows several signs of a being a scam.

If they don’t’ take the care to do that with the marketing on their site, how can you trust that they took the utmost care in developing the software for your successful use? Bottom line: you can’t. 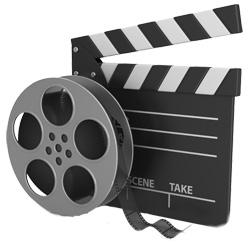 Like with many other trading robot programs, you’ll find a promotional video for China Millionaire on the website.

And as the name of the software suggests, it promises to make you a millionaire on autopilot. It tells you that you can just sit back and let the robot do all the work while you spend your time doing what you want. So the creators have succumbed to the typical sales pitch for fast, easy money that many scammers offer.

The promo video also states that more millionaires were made out of ordinary people in China in the last year than the U.S. And according to the video, it now sits in second place for the largest number of millionaires in the world. But how true is this statement?

Just doing a search on Google reveals that China actually sits 4th in the world when it comes to the number of millionaires. Japan is actually second, followed by Germany and preceded by the United States.

And like we’ve mentioned previously, they also use people for testimonials who we recognize from other binary options products they’ve “reviewed”. So we know they’ve been hired from places like Fiverr.

You can even find their gigs on Fiverr with their faces clearly in the profile offering testimonial services for online businesses.

Digging Into the Home Page

First of all, ignore the “Free Spots” counter that pops up. It’s a trick. It’ll just reset itself and show a different number if you refresh the page.

Underneath that counter, promo video, and opt-in form you’ll find feeds from Facebook and Twitter that reportedly show testimonials from users. But someone screen shot these feeds (something you can easily do in photo editing software like Photoshop).

They aren’t live or interactive, so you can’t check for their authenticity by clicking through. While the use of screenshots for testimonials doesn’t mean guarantee inauthenticity, scammers tend to use them as a workaround for having to provide REAL reviews.

Speaking of false…do you remember those media logos previously mentioned? Well, you’ll see those next.

But if you research those news sites in anticipation of finding any mention of China Millionaire on them, good luck.

We’ve tried and we came up empty. So those logos are only on the site to serve as trust authentication and make the binary robot software seem like the real deal.

And if you go to enter your email address into the opt-in form and register with the site, you’ll see two more logos pop up. One for McAfee and the other reading “Hacker Safe”. Once again, these only exist to make you as a trader feel secure in your trust of them and push you onward to the next page.

What Happens After Registration?

After entering your email, the following things will happen:

They may actually be live trades. But we can’t tell if they were placed by the China Millionaire software or another robot or if those are even the only trades executed.

Scammers can so easily remove losing trades from lists like that to make their winning percentage seem out-of-this-world.

Should You Invest in China Millionaire?

No! Binary options trading provides a legitimate pathway to increase or supplement your income. And some people and companies have developed products to meet the increasing demand of this still-emerging market online.

But right from the start, alarm bells rang for us with regard to China Millionaire. The site lies to visitors about Chinese millionaire status compared to the rest of the world.

The promo video features testimonials from people who’ve been bought and have given testimonials to other scam products in the industry. And it uses other techniques reminiscent of scams like fake screenshots and countdown timers.

So China Millionaire doesn’t make the grade. Their impossible promises, and the impossible dreams put into your head as a result, will only lead to an impossibly empty bank account if you fall victim to their scam. You’d be better off going with a more reputable automated binary options trading robot with a proven track record you can verify with REAL reviews and results for ACTUAL users.

Trade safely and stay away from those trying to take advantage of newcomers and inexperienced binary options traders in a still-developing industry. They will hustle you out of your money quickly!