Their fears are largely due to the lack of knowledge about how the markets work. However with the introduction of trading robots, beginner traders no longer need worry about whether they have any trading experience or not. One such automated trading robot released on the market recently was the Cloud Trader. The creator claimed that this trading robot can help its users generate as much as $1250 in daily profits. Can this be true or it is just as scam?

What is the Cloud Trader System?

According to the presenter in the promotional video for the Cloud Trader, Mr Mike Shepherd, he claimed that he was the founder of the trading software. Said to be a person with wide experiences and reputation, Mr Mike Shepherd took several years to create the Cloud Trader with the assistance of some of the best programmers and financial analysts. Accordingly, the Cloud Trader is a software which helps traders to predict trends in the financial markets hence enabling them to profit from their trades. 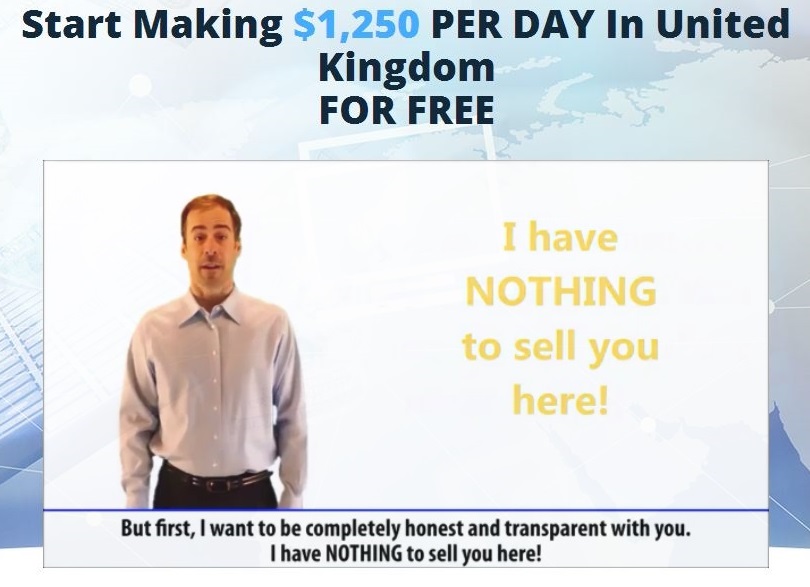 Another red flag that we observed was the fact that throughout the entire presentation, no technical details of the software were actually revealed. Instead, we are presented with an overview of the lifestyle of the presenter. This is the same modus operandi which many pyramid schemes uses to bait new recruits to their schemes which is by selling “dreams”.

The Cloud Trader is said to be a software that looks for repetitive patterns in the markets. The software is said to be able to identify as many as 500 patterns within a single trading day. Once the patterns have been identified, the software will automatically carry out the winning trades, as many as 26 trades. It is also claimed that due to in-depth analysis performed by the CloudTrader, traders can achieve a 100% win ratio.

Normally, any explanation about the inner workings of a software will leave one more enlightened. However in this case, we found ourselves more confused and bluffed. First of all, it is virtually impossible to achieve a win ratio of 100% due to dynamic nature of the financial markets.

No human mind is able to predict with 100% accuracy as to which way prices will move. Of course, one can argue in this case that a software is predicating the trends rather than a human. But we mustn’t forget that it still takes a human to program the software. Or if a human cannot predict with 100% accuracy, so how can a person be able to program a software to do just that?

Our research and observations shows that there is very little possibility that the Cloud Trader is a legitimate binary options trading robot: