Evercoin is a private cryptocurrency exchange, founded in 2017 and based in the United States. The company’s founders are Miko Matsumura and Talip Ozturk, who are also the founders of Gumi Cryptos Capital and Hazelcast respectively. In fact, Gumi Cryptos is one of the shareholders of Evercoin. During infancy, the brand sought to provide a platform where users could buy or sell a large number of cryptocurrencies without delays associated with verification.

With regard to licensing and regulation, Evercoin is still unregulated, as are most of the crypto exchanges. This is a stark contrast to their foreign exchange counterparts, who are overseen by the Securities Exchange Commission (SEC). Explore more about the brand in this Evercoin review.

As alluded earlier, one of Evercoin’s unique features, is that it has no registration requirements. Consequently, its traders can buy and sell cryptocurrencies on the go and not have to commit to a standard operating fee or standing charge.

This has proven convenient to users as it means that their transactions are swiftly done and the only costs incurred are limited to the individual transaction they undertake. In fact, the only delays that users complain of are not of Evercoin’s making. Rather, such delays are often caused by the Blockchains through which the respective currencies trade. This too shall be explored in greater detail shortly.

Equally important, is that owing to the independence the platform avails its users, traders never have to go through lengthy and time-consuming verification processes. In a sense, Evercoin manages to deliver an instant, hassle-free access trading account. 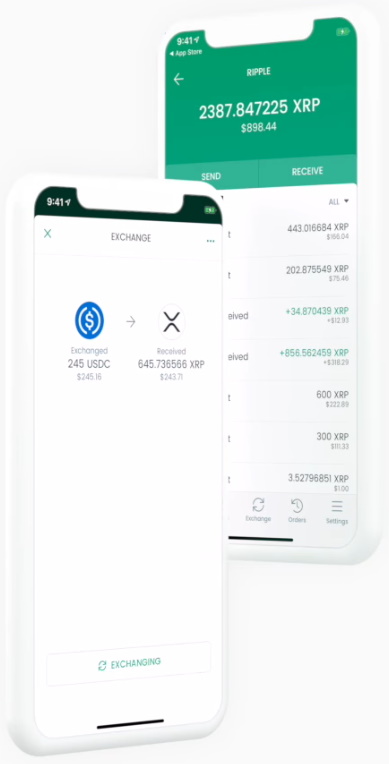 It is important to however note that Evercoin has defined the transaction limits within which its users must operate. These stipulations concern the minimum and maximum ranges of transaction. In the event that a user purports to transact below the required minimum figure, the system will automatically reject the transaction. Conversely, where a user inputs a sum higher than the stipulated maximum, the system will confine itself to the maximum figure applicable and refund the excess monies.

On the same note, if a user inputs a figure which though within the transaction range, is different from the sum initially proposed, the system will re-tabulate the exchange fee and transaction costs applicable afresh, and inform the trader accordingly.

In other words, the system works with precision to ensure that what is proposed is what is deposited and that the sum so proposed always falls within the set range. This particular feature serves to safeguard the computation of the network fees and exchange fees from manipulation by unscrupulous users.

The fees payable to Evercoin in respect of a transaction are therefore not constant and are dependent on a variety of factors. Overall, however, these fees ordinarily range between 0.5%-0.8% of the transacted sum.

So far, Evercoin has managed to present its users with an almost infallible and secure trade system that is easy to join and operate. Given that users are the sole custodians of their assets, the instances in which the system may be compromised to the detriment of the traders have been greatly diminished.

There is, however, a caveat when registering a transaction on the platform; the transaction must be processed within 10 minutes of initiation, otherwise, the terms offered (relating to fees and the exchange rate) expire. What this means is that if a trader fails to confirm the order within 10 minutes, he will have to place the order afresh, and possibly receive revised transaction costs and exchange rates. This revision of terms could mean the difference between making more money or losing money depending on the prevailing circumstances.

Therefore, in a way, the initiation of a transaction on the platform is always a gamble in so far as the fees and exchange rate is concerned, as two similar transactions may nonetheless attract different rates.

The transaction expiry feature is necessitated by the fact that the rates offered by the Blockchain networks are constantly changing and the Evercoin platform must accordingly keep up with these changes in order to remain relevant.

The transaction expiry feature acts as a security tool to safeguard the Evercoin users’ assets from exploitation by malicious entities.

So far, no external security breaches appear to have been reported on Evercoin. Part of this may be due to the non- custodial model that the platform operates under. This model ensures that the users’ assets are securely within their safekeeping at all times, and that the only exposed assets are those in active trading at any given point in time.

To optimize the trading opportunities offered by the platform, a user must first download the relevant app from the company website. The apps are available in various formats, including IOS and Android for mobile users. Once armed with the app, traders can begin transacting right away.

As far as the actual trading goes, Evercoin operates purely on cryptocurrency and does not accept or give fiat currency. Consequently, all withdrawals and deposits must be made through digital money, credit card or bank wire transfers.

The transaction procedure can be summarized as follows:

However, the fact that the platform does not allow the use of fiat currency may be an unwelcome hurdle for novice traders who are then left to navigate the market purely using digital currency from the word go.

Also, as with most cryptocurrency exchanges, Evercoin remains unregulated, leaving traders at the mercy of the company’s systems as far as checks and balances are concerned. However, despite the lack of formal regulation, one of Evercoin’s founding partners- Miko Matsumura says that the Securities Exchange Commission (SEC) has been instrumental in helping the diligent investor towards making informed choices.

The Commission is always at hand to share resources with investors who reach out for its assistance. In particular, the Commission will provide individual guidance to investors by directing them towards relevant resources in answer to their queries.

Due to the fact that no registration is required, traders can begin buying and selling the moment they have downloaded the app. Also, the condition that the platform requires no minimum deposit also makes Evercoin special. In addition to this is the element of mobility. Given that the platform is purely app-based, traders can transact on the go without over-dependence on a third party.

The system is also easy to operate and non- custodial. This independent handling of transactions through a non-custodial system empowers the user and cuts down on third party costs. Furthermore, since the system is almost entirely dependent on public blockchains, the pace at which a transaction is finalized is swift as some of the Blockchains such as Ethereum only take seconds to finalize and confirm the trade.

In some quarters, it has been asserted that due to this lack of regulation, the pricing of the company’s services is highly unilateral and unpredictable and that the company could do with greater transparency in so far as its pricing methods are concerned.

Thanks to their pronounced presence on social media (facebook, twitter etc), customer queries, complaints and concerns are promptly attended to by Evercoin’s representatives through their live chats. This component inspires even more confidence as the staff is at hand to help their clients resolve any technical issues they may be experiencing on the platform.

From a cursory perusal of these social media accounts, it would appear that the most common issues that users face pertain to misunderstandings of the platform rules; such as the applicable minimum and maximum trade amounts, and the transaction expiry feature. Also apparent is that the customer care representatives help out whenever possible and this bodes well for Evercoin is so far as public confidence is concerned.

Thus far, Evercoin appears to be on the path to success. Though some pundits may argue that some of its competitors such as ShapeShift offer slightly better terms owing to their feeless service, it is to be remembered that ShapeShift nonetheless charges fees on its spreads. Therefore, whichever way you look at it, there are fees to be paid.

However, even with the above downsides, Evercoin remains a viable option especially for the already established or seasoned trader who knows their way around the crypto exchanges. So far, this silicon-valley entity appears poised to continue as a market leader as a swift, non- custodial mobile platform with a built-in cryptocurrency exchange.