CryptoTrader may boast of being reliable, but there is nothing reliable about them. We spell out the truth about the CryptoTrader system in this review and why we think it is a scam. Our advise before you even start reading the full review is to steer clear of crooks like these, or you’ll stand to lose everything.

Any and all claims made by this company and anyone associated with the system is a lie. The biggest lie is perhaps their claim that the company is the no. 1 binary options signals service and it has been for the past 1321 days but who is exactly verifying that claim? The answer is nobody!

We registered to CryptoTrader as part of our review process for around a month max, and during this time we can assure you that their claims are made up. How can a fledgling signals service end up being the best when it hasn’t even been around for a full three years? In this review, we expose the lies on which the CryptoTrader system is based but unfortunately even then its the tip of the iceberg.

We have taken many factors into consideration to demonstrate that this is nothing but a malicious scam. One that you should avoid but still read the review to find out how it works. If anything it can help save you from other similar scams.

As professionals, we are always looking for ways and information on making money online. Recently this search for ideas and information led us to a system called CryptoTrader, an app which claims to help traders make as much as $5000 a day and that too with no effort other than a few clicks of course. We couldn’t resist the temptation of this application and decided to examine it further.

The first step for us was to determine what people were saying about it. A Google search using the term ’CryptoTrader, ’ turned up a bunch of results. The majority of top results were complaints about the app. 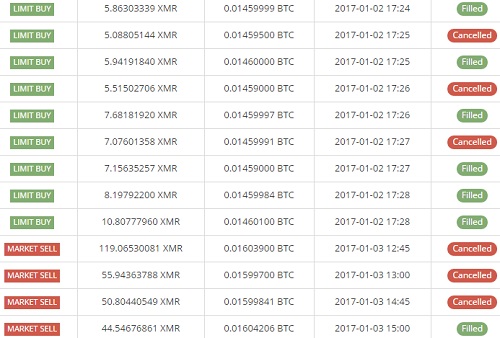 The platform seems to be rather primitive and antiquated

This led us to believe that there was something fishy going on and hence merited that we probe deeper into it. We wanted to know what was so disappointing about an app that made money effortlessly?

Our next stop was the CryptoTrader website. The main site has a video which starts playing as soon as the page loads. The video has a man speaking in the background, and talking about how making money has changed the lives of over 43 million people in just six months. 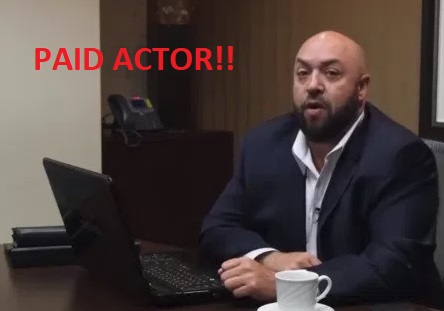 The supposed creator of this system isn’t fooling us

The speaker forgets to introduce himself and does not even tell people how he’s associated with the system. This to us is a major red flag. A couple of minutes later, you’ll see a chubby gentleman with a bushy beard in this mid to late 20s or 30s welcoming you to their millionaires’ club.

It becomes quite evident that it was this person who was speaking in the background from the start of the clip. But now he’s shown his face to share a few statics about earning online and other things related to it. Though he gives us no new information in this regard.

After having sat through the entire video and reading the reviews on their website, it has now become quite evident that the CryptoTrader platform is a scam. We will tell you about a couple of other things that we found that point to CryptoTrader being a scam.

What does CryptoTrader claim to offer traders?

If you were thinking whether or not to trust CryptoTrader, then our answer is not to trust it. This is a scam and its something we’ve mentioned many times above.

The so-called automated money machine as it is referred to purportedly searches global markets for the best winning trades. It uses some high tech artificial intelligence which enables it to spot the best investments though that’s just the scam they are trying to sell.

The scam works only if you believe that it does. So, to give you the illusion these CryptoTrader signals are doctored to show you winning trades. But in fact, it’s just a way of deceiving traders.

Here is the proof that CryptoTrader is nothing but a scam:

Unfortunately for those who want to believe these scammers, the CryptoTrader app will not get you anywhere as a binary options trader. It lacks the ability to help you make successful trades. The unrealistic promises, fake photographs of so-called millionaires and a list of unregulated shady brokers don’t help their cause. Also, it’s not possible to become a millionaire in a mere six months.

The scammers behind CryptoTrader have proven that they don’t care about anybody but themselves. They will steal money from anyone who is desperate enough to trust the system. Unsuspecting traders may end up falling for these tricks, but anyone with some experience will avoid it like the plague.

Systems like CryptoTrader and the scammers behind it give trading and the industry a bad name. So, avoid it at all costs. We would also like to clarify for anyone reading this who is not a binary options trader but would like to start trading is that not all systems are scams.

We suggest you visit one of the popular Forex Broker instead!

General Risk Warning: The financial products offered by the company carry a high level of risk and can result in the loss of all your funds. You should never invest money that you cannot afford to lose.
7 Binary Options review: CryptoTrader: 1 star