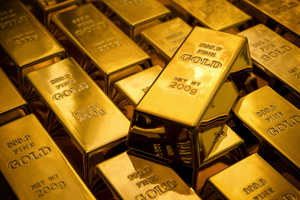 Dark-cloud cover pattern originates from the Japanese candlestick trading techniques. It is usually a bearish pattern and the trader should therefore interpret it as a good opportunity for buying put options whenever it is formed. However, there are rules that are normally clearly laid out on how to trade using this trading pattern.

Since this is a bearish pattern as stated above, it shows that the market prices at the expiration date ought to be lower than at the striking price; which is the reason as to why the trader should buy put options.

The dark-cloud cover pattern involves the formation of two types of candles, the first candle is a bull candles and the next candles is a bear candle. Then these two candlesticks should form after a bullish trend. In actual sense, these two candles signal the end of the bullish trend. Therefore, the trader should buy a put option immediately the bearish candle closes. Then the trader should choose to use different expiration times from the various timeframes.

This article is mainly an educational series with tangible examples of such patterns and how these patterns should be trades and especially showing the trader when to specifically go and buy the put option.

Just as depicted at the start of this article, the dark-cloud cover is a bearish pattern meaning that the trader should always ensure that he or she trades put options. The trader should be sure that it really the dark-cloud cover pattern that has formed by looking at the previous trend to ensure that it was a bullish trend and then identifying whether the two candles have been formed.

Longer the Time Period – More Powerful is the Pattern

The normal warning applies to this pattern also; the lager the time-frame, the more powerful this pattern becomes. However, with that said, the chosen expiration date should not be as big as the time frame that was chosen. The dark-cloud cover pattern is a powerful pattern which when formed implies that there will be very little or at time even no retracements.

How To Spot Dark Cloud Cover?

One can easily confuse the dark-cloud cover with the bearish engulfing. However, there is a major difference since the dark-cloud cover is formed by two candlesticks and the second candle which is the bearish candle must move for more than 50% into the region of the previous bullish candle or it is just termed as a simple and normal two candlestick group.

Also, the trader should at all cost avoid trading the dark-cloud cover pattern just before an economic release, especially if the releases are very vital. The trader should understand that the market moves depending on how the HFT (High Frequency Trading) robots as well as the trading algorithms are interpreting the economic release. When the economic releases are better than traders’ expectations, the robots are programmed to buy or sell a specific financial asset without taking anything else into consideration.