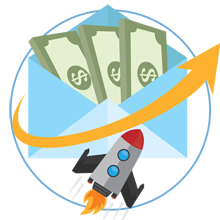 When it comes to the binary options trading, the most important thing or even the crucial thing is not the striking price as majority of traders might think but rather the expiration date because if it happens that we are wrong when it comes to the striking price, the expiration date is the thing that provides us with the long enough cover before the complex corrections is actually brought to an end and in that case your options will be safe and they will expire in the money still.

In the case when the corrective wave is coming after the bullish trend, the call options are favored and in the case then the corrective wave is coming after the bearish trend, the put options are favored. All that has been previously mentioned actually represent the simple approach in situations when we are trading with such patterns. However, in reality, these patterns require much more attention when dealing with them because the correct understanding of these patters is actually the most important thing for knowing what to look when we are about to trade with the binary options. The approach that we use to deal with this issue should be based on cautious as well as waiting and allowing certain steps to happen.

Approach for trading with ZigZags – Step by Step

In situations when any kind of ZigZag patterns appears, the first thing that the trader should do is to take the regular trend line and draw it from the moment when the ZigZag appears all the way to the end of the wave. This move is actually called the 0-b trend line.

After that, the next thing that the trader should be is to copy and paste the 0-b trend line and put it at the end of wave a the result of that move will be the channel that we have created on the right side of the screen which means that we have basically made a forecast by doing that. With all that has been said so far, it also needs to be mentioned that the double as well as the triple ZigZags are channeling very well. Because of that, when it happens we are facing the rising channel that is being created in the way that has been described earlier and by the time that the market has tested the lower side of the channel, that would be good time to buy the call options and when it happens that this is occurring in the bearish channel and by the time that the market has tested the upper side of the channel we should buy the put options.

The move that is actually being used to test the opposite side of the channel is called the intervening wave or in other words the connective wave and the Elliot Waves Theory marks this wave as the wave X. It has been characterized as the corrective waves because only the corrective waves are being marked with the letter and it also indicates that the wave X is part of the complex correction. When it comes to the issue that we are discussing, the complex correction is the double or the triple zigzag.

Additionally, since we know that such patters are actually channeling very well and by the time the price has reached the upper side of the channel when in the rising trend, we should buy the put options with the bigger expiration date when compared to the expiration date of the call options that we have bough earlier. The main reason why that should happen is the fact that we actually do not have any time constraint and because the market form a triangle, for example, at the opposite direction of our channel which will mean that it will take some time before it actually turns.

The same can be applied to the bearish channel as well in the cases when the market is actually reaching the lower side of the channel and after the wave X has been completed and consequently, that would be a very good time for us to buy the call options. When it comes to this issue, it is very important to mention that the triple ZigZags are very rare and that the double ZigZags are the most common patterns that you come across when charting the markets of currencies.

One of the signs that the entire pattern is actually completed or that it will be completed very soon is provided by the time that the channel gets broken and because of that the very good time to buy the call options is actually during the breaking of the channel that is falling while the very good time to buy the put options is during the breaking of the rising channel. In cases when we are trading with these patterns, the expiration dates should be determined by the time frame in which it takes the patterns to be created. In the cases when the double zigzag is formed on the hourly chart then the end of the day as the expiration date can be one of the options as well as the hourly expiration dates in the cases when the striking price is actually when the wave X ends.

In the end, if we consider all the patterns that can be used for trading according to the Elliot Waves Theory, then we can come to the conclusion that the price in these patterns is traveling really fast because we all know that the zigzag pattern is actually formed by two impulsive moves.