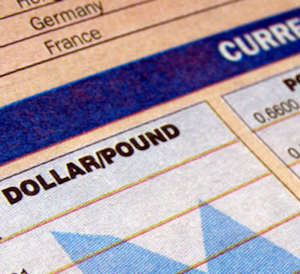 The double tops and bottoms usually have a measured move which should only be considered after the market prices break the all-important trend line, which is the line that defines the M or the W shapes made by these patterns.

Reversal Pattern with a Measured Move

But Options When the Price is Breaking the Trendline

since we are looking at how to use this pattern in trading binary options, we should concentrate on buying put or call options only when the market prices break below or above the trend line. Any other condition shows that the double tops or bottoms are yet to be confirmed and if the trader trades at that time, he or she risks being found in an unwanted territory by the market prices.

What Would Indicate a Double Bottom or Top?

As per the Elliott Waves Theory, the double tops or bottoms pattern is most likely a flat/level pattern, which means the pattern should possess the b wave that is in a way similar to the one of the wave.

This simply means that the b wave should retrace for more than eighty percent of wave a. This makes the whole flat to resemble a double bottom or top. On the other hand, if the c wave follows such a pattern it is viewed as an impulsive move also referred to as a five waves structure. These kind of impulsive price moves are very aggressive resulting in the creation of the impression that the market is truly rejected from a double bottom or top pattern.

But in actual sense, this is usually a pattern which might or might not get to the measured move as indicated at the start of this article.

Flat – Pattern with a Wave C

Flat pattern is usually a pattern with a wave c that moves way higher compared to the length of wave a, which creates very high chances of us seeing a measured move taking place. However, if this doesn’t happen, then the trader should not insist in the same direction since by the time the flat is fully formed, the market will either be consolidating in that region or it will be reversing the previous trend.

In trading binary options, such a pattern should at all times be accompanied by an indicator of some sort and most advisable an oscillator. The trader should just wait for the oscillator and price to diverge at the point where the double top or bottom is forming. This becomes the signal that the market is looking forward to reversing.

But in case the bottoms or tops pattern or even a divergence is identified on a lower time frame, for example, let’s say, the 15 min chart, the trader can still go ahead and use the hourly expiration date as well. Cases like these present themselves in complex corrective waves at the time the market is just looking for more time to consolidate.