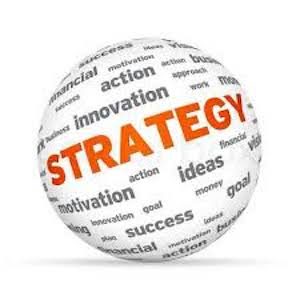 When we talk about support and resistance areas, we know that it indicates places where prices used to hesitate and if we project them into the future, we have to look for placing put or call options (depending if the trend is moving upwards or downwards) in these areas where prices hesitated. The past market events give us an indication of how the market will behave in the future.

Support and resistance levels are not only bound by the horizontal movements but can also be defined by pivotal movements. This is a very important feature when traders make trading decisions based on resistance and support areas.

If we have a rising trend whereby we could draw a trend line or even a channel many are misguided by thinking that before the trend line or the channel is broken downwards, the trend already passed by disabling a new high. Well, this is not exactly true.

A new high is definitely possible, which at the same time does not mean that a new move started. A new move will not begin unless the former channel or trend line is broken in the market. When the breakthrough struggles or hesitates gives us room to place put options, despite the fact that a new high emerged. This refers to the expression dynamic in the market.

The Tool Known as Pitchfork

The dynamic support and resistance level can be identified in different ways during technical analysis. Traders are usually aware of the analysis of traditional trend lines and channels, but another tool can also help them to develop a better trading strategy. The tool is called Pitchfork which is easy to use and readily available on many popular platforms. For example, it comes with the Meta Trader 4 Forex platform, as well as on JForex.

As its name suggests, it has three pivotal points which are the basis for the lines of the Pitchfork, which are known as median, upper median, and lower median. The channel or more channels that come out of it do not usually assume a horizontal form, but they rather represent dynamic support and resistance areas. When the price of the asset is about to go over these trend lines, you are definitely dealing with a dynamic support and resistance level.

These trend lines are not the only ones that stand for dynamic support and resistance since these channels can also feature Fibonacci levels, as well as other levels which can be derived and all of them represent dynamic support and resistance levels for upcoming prices. As in any situation where you cracked the code how to act, this situation as well requires you to buy put options in a bearish market, and put options if you are dealing with a bullish trend.

If we look at the dynamic support and resistance areas and levels more roughly, it basically comes down to trading on the basis of contrary belief or doing the opposite of what should be done. Of course, such moves in the market can be very risky, and full attention is advised. Also remember, that the riskier the trade, the bigger the profits.

By the time the price meets the dynamic resistance or support level, it is highly likely that the market will be already overbought or oversold in the majority of cases, which can be quite risky. In order to reduce the risk; traders can trade smaller sizes than regular ones when the level is met for the first time. Scaling is also recommended in this situation since it reduces risky trading as well. 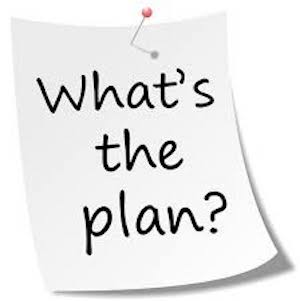 Scaling means entering the market at different levels but with a smaller trade volume than usual, and trying to get a better price for the overall option.

The overall profitability of the binary options market is defined by the expiry periods for the option selected by the trader which means that the expiry period has to be calibrated with the timeframe in which the dynamic support and resistance level are forming. We have seen so far, on our Binary Options Academy, that the connection between the expiry date and the timeframe in which the structure pattern form on the chart is inevitable, and that one influences the other.

In this case of dynamic support and resistance, it means that one should not set hourly expiry periods if the levels are appearing on a daily chart. The risk is the consolidation of the market at a point and trades with short expiry periods cannot successfully handle consolidation, and they will be lost.

Trading with longer expiry periods is a better deal in this situation, like for example, trades that expire in a week or even a month. When it comes to monthly expiry dates, it is better to step in somewhere in the middle of the month where only up to two weeks are left. Even though options traders are used to short-term trades, but sometimes it is wiser to wait for a certain period. We all know that options trading is defined by a 75% return rate and that it will wait for you in a week or month as well. Patience has always been an important trading trait. Everyone desires quick profits, but unfortunately, it is not always possible.