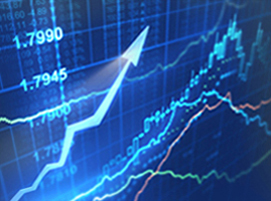 There are a lot of key analysis tools that help you when placing binary options trades. By now you know some of the significance of them and how important they are to making trades that are profitable. One of the most useful forms of analysis for making trade decisions is those that analyze patterns. Let’s take a look at some of the more common patterns, which are the triangle, channel, parabolic and Bollinger band patterns. The importance of these key patterns in technical analysis should never be underestimated.

Often when you are looking for patterns in analysis they are pretty easy to spot once you know what to look for; triangles are no different. Triangles are formed by the meeting of two trend lines, which are moving in one of three possible directions; upward, downward, or flat. Moving between these two trend lines will be the price of the asset.

Triangles on analysis charts can be one of three types; ascending, descending or symmetrical. All tringles are considered continuation patterns.

Ascending triangles form when the current price movement is in a bullish trend. This often indicates that an asset price will once again continue higher after the consolidation period. These triangles are formed by the convergence of a flat resistance trend line and an ascending price trend line.

The price movement before an ascending triangle is normally in an upward direction, but on rare occasions it can be preceded by a downward trend.

A parabolic pattern is one that usually indicates strong momentum based on market sympathy. At or near the apex it will often signal a trend reversal. These patterns often form when there is a rush buying or selling of an asset.

The tracing of its curved pattern is called a parabolic path. These patterns are often associated with price extremes. The analysis key to look for in a parabolic pattern is when a candle gets close to a 90 degree angle because it usually signals a trend reversal.

The theory behind them is that price will move between the channel on all but the rarest occasions, so when an asset price nears the edges of a channel you should look for a price movement reversal and place your trades there.

Asset prices close to the boundaries of Bollinger bands will often indicate that the price movement is about to pause and then reverse its trend.

Getting to know these patterns and how they work is a key tool to making successful binary option trades.