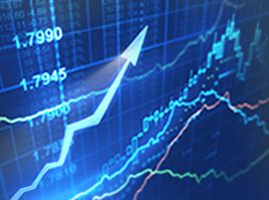 We have discussed Market Psychology more than once in our articles. When these forces are acting upon the market they can make it more volatile than usual. Reports such as the non-farm payroll often trigger unprecedented market activity as do other things such as economic news and natural disasters. Many traders prefer to stay away from trading when these types of events cause unusual selling and buying of assets in the market, but the truth is there is some profit to be made during these events and binary options trading is one of the best and safest ways to take advantage of them.

There are definitely some risks to trading on the market during times of crisis or economic uncertainty; it is a time if you are not careful you can definitely have some significant financial losses. You have to really ask yourself if it’s worth playing the market when there is news about European Union countries be nearly bankrupt, the American economy struggling to recover and disasters in Asia dictating market forces.

If you do play the market during these troubled times, then how do you profit from it? The only way you can make a profit at this time is by combining your market knowledge with a firm understanding of the market forces at work. When you trade binary options, it actually gives you a big advantage because it works when the market is rising in boom times and falling in times of financial collapse.

How is this all possible? When it comes to binary options trading you only have to correctly choose whether the market of a specific asset will rise or fall; binary options trading allows you to make a profit when asset prices move in either direction. If you can use your technical data and then adjust to the current market sympathy, then you could make a lot of money. Some estimate the return on investment during these times will be as much as 85%.

Let’s take a look at a recent natural disaster and see how it affected the market and subsequent trading. We have all heard about the devastating earthquake and subsequent Tsunami in Japan. It also greatly impacted a major nuclear power plant. If you had done your analysis right then it would have led you to believe that many of the largest companies in Japan, especially the owners of the nuclear power plant, would have seen a decrease in the value of their stock price. If you had placed trades based on this assumption you would have made a lot of money.

Here is an example. If during that crises you had placed binary options trades on the falling price of Mitsubishi and placed a $1000 worth of trades based on the above assumption, you would have ended up getting back $1750 on the trade.

I think that example clearly answers the question, “can you profit in times where the market is volatile”, with an emphatic yes.