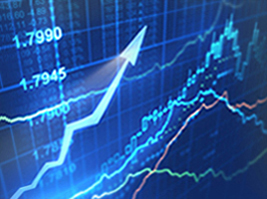 By now you are probably getting a good idea of how to read technical charts and interpret the data that is presented on them. The analyses of these charts is critical when it comes to binary options trading because in order to make successful trades you need to correctly predict which way the price of an asset will stay trending or reverse itself. That is what profitable trades all come down too. One of the biggest areas of concern when it comes to placing a trade, is when the price of an asset gets close to a support or resistance line on a technical chart. So it’s important to learn all about these critical support and resistance lines.

Why is it when the price of an asset gets near them that we have to be careful? It’s because these support lines consist of statistical highs and lows of an asset. That means that most likely the current trend will not got past the line of support or resistance and the trend is about to reverse itself. A trade made here based on thinking that the trend will break through the resistance or support line is a very risky one indeed.

An area of support is where the trending of a particular asset stops going down; it’s held up so to speak, hence the term support line. Since the price trend is ‘resting’, you as the trader must now figure out if it will resume its current trend once its rest period is over, or if the trend will reverse itself.

The resistance line is just the opposite of support. It is at the upper end of the chart and puts pressure on the asset price to keep it from going higher. The asset price you could say has hit a ceiling temporarily.

How to Draw these Lines

Figuring out how support lines are drawn is pretty easy. You just need to connect the most recent lows to each other to draw the support line and connect the most recent highs together to draw the resistance line for the same time period. To verify support or resistance it is best to confirm it by waiting for at least three failed attempts to break through it.

At this this time you need to redraw the support and resistance lines and assess how strong they are in order to confidently place a trade on that asset.

How to Accurately Identify Strength and Weakness

The more often the support and resistance lines are approached by the trend of an asset price without being broken, is how you can tell that either the support or resistance is strong. Again the three touch rule is a strong indicator and can be used as a favorable entry point. The longer the time frame that this happens over, the stronger the confirmation is. Other means of chart analysis, such as Bollinger bands or certain candles, will need to be considered too when you become more experienced at reading charts.