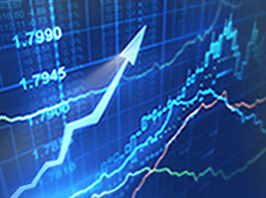 There is a long standing currency options trading technique that has been used by investors called arbitrage; it’s a technique that involves trading based on the differences between two currencies. The problem is, that in order to make be successful at this you have to trade very large amounts of money with is not prudent or always feasible for small investors to do. A similar but more practical system was then developed by smaller FOREX traders that has come to be known as ‘Triangulation’ or ‘Trading with Crosses’. This method has proven to work very well in binary option trading.

What is Triangulation’ or ‘Trading with Crosses’? It is a method where instead of trading between two different pairs of currency you additionally trade the ‘crosses’ of the two pairings. An example of this is if you initially wanted to trade EURGBP and EURJPY you would also trade the cross and place a binary option trade on GBPJPY.

Here is a little better explanation as to how this works. You know that binary option trading is a fixed bet, you know how much you stand to win and how much you stand to lose when you place the trade; these are the only outcomes possible. When you are trading with currency pairs there are two variables that are possible with each currency; each can go up or down. If you trade between two different currency pairs where one currency is the same in each of the two pairs and then add the cross between the pairs, it tends to balance the pairs because having the common currency shared by all three pairs keeps them in sync. That is the idea behind trading with crosses.

Here is an example of where triangulation or trading with crosses comes in. You are again looking at trading EURGBP and EURJPY because you think the Euro is going to go up. You then add the cross which is GBPJPY. You place a call on all three trades. If the Euro does indeed go up you finish in the money on the EURGBP and EURJPY trades. If the British pound goes up you will also finish in the money on 2 of your three trades, as you will cash in on the EURJPY and GBPJPY trades.

The only losing scenario here is if the Japanese Yen goes up, but then you should still cash in on one of the trades, which is your EURGBP. This is how trading with crosses minimizes losses because you will most likely cash in on at least one of the three binary option trades.
When it comes to binary option trading, trading with crosses has become a very popular strategy technique that has been shown to maximize profit and in turn, give you a much better chance of reducing losses.