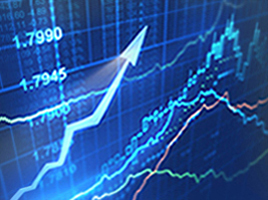 What is a double combination? It is formed, as the name suggests, by actually combining two separate corrective waves. These separate waves can either be a combination of either a flat and a contracting triangle or a flat and a zig-zag. Traders often believe that double combinations do not occur that often, but if you look closely you will find they happen a lot more often than people think.

The two corrective waves are then linked together by another corrective wave. This linking corrective wave will actually appear to move toward the opposite sense when compared to the current correction; this simply means it will go the same way as a previous trend. This new linking wave is classified as a simple corrective wave and is often referred to as the X wave.

These patterns, although not the easiest to use, can be extremely important to the decisions you make regarding your binary options trading.