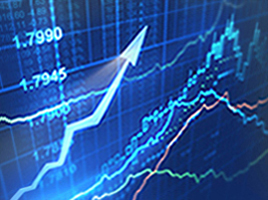 Fibonacci retracement can be an excellent tool to use when it comes to making binary option trading decisions. A lot of veteran traders swear by them and say they work up to 70% of the time. That figure sounds a little high for sure, but there is no denying that a lot of traders have some success when using the 13th Century mathematician’s numbers. Let’s take a look at using Fibonacci with an 80% retracement; it’s one of the retracements which are now being used more frequently.

Fibonacci’s 61.8% retracement has long been known as the golden ratio, but that is starting to change a little bit as other ratios have been proven to work more often. It is hard to say exactly why Fibonacci ratios work and they are not by any means always perfect, but there must be something to them as it is widely known that many of the big traders and firms use them.

Traders think using Fibonacci ratios are great for making trades with small defined risks. Fibonacci levels will help you to determine the best possible retracement levels that you should sell and buy at, and they will also provide you with fairly accurate price targets with their swing highs and lows.

So what is special about the 80% retracement? For one it is a required retracement figure when you try to short the move. To explain it a little more clearly; if you have a trend that is bearish and it looks like a new trend is beginning to form, waiting for the 80% replacement will help you decide to short pair and then the stop loss can be placed above the high where the bearish move got its start.

When it’s applied to binary options trading, not only should the retracement level remain the same, but the direction that you are trading in will be the same too. This would encourage you to buy put options as the market reaches the Fibonacci 80% retracement and then set the expiration date according to the time frame your analyses technical chart was base on.