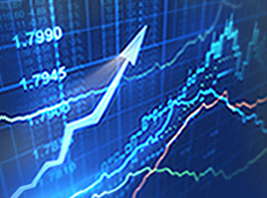 When the market is considered to be volatile, it often depicts a time period where other occurrences are acting upon the market instead of just normal market forces. These can be a time when a major economic report has just come out or some game changing economic news has broken. It can be very hard to predict prices and how they trend at this time, but there are some tools that can help you when this happens.

The technical definition for volatility is the correlation between the swing of rate changes in the market and the price action of the market. The larger the swing, the more volatile the market is considered to be. A volatile market is much more unpredictable to place trades in than a stable market and some traders avoid trading in them for just that reason. The advantage of trading in a volatile market is you have the ability to generate some big profits when only placing a little bit of money, however, the riskiness of the trade is much higher also.

Those traders that tend to avoid factoring in the volatility of the market will often do poorly in their trading. It can also lead you to incorrectly identifying how the future price of an asset will trend. So you must carefully consider and apply market volatility to your trades in order to minimize the negative effects it can have on your trading.

You also have to strongly consider that highly volatile markets are prone to trend reversals in the very near future. When this takes place it is commonly referred to as the regression to the mean. Do not mistake this for being the same as when market volatility is low and the market is clustering before a breakout of the price.