What is Elliott Waves Theory? 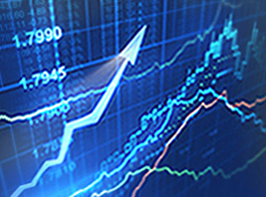 There are many schools of thought when it comes to using corrective waves as a part of your technical analysis on where to place your trades. In order to make successful trades it is imperative that you be able to analyze and forecast the market based on these corrective waves and the theories that are associated with them. One of the most popular theories that relate to corrective waves is called Elliott Waves Theory. Let’s explore this a little bit more in-depth.

What is Elliott Waves Theory? Even though it’s applied to technical analysis charts, it is more of a psychological theory as applied to how investment markets reacts, rather than a mathematical one. It is often described as a detailed analysis of how groups of traders will react to a certain situation. It tries to make clear the mass psychology behind swings that range from optimism to pessimism and then back again. Elliot claims this is a natural, measurable and somewhat predictable sequence. These competitive patterns were then broken down into waves.

The theory gained a lot of traction as viable in the 70’s as it correctly predicted the strong bull markets then and again in 1987 when it predicted that years market crash.

According to Elliot’s theory, the market needs to be divided into what are called cycles and supercycles; when you do this the waves are easier to count.

The five impulse moves will always be in the same direction (label them 1-5) and the three counter or corrective waves will always be in the opposite direction (label them a-c). Zig-zags, flats, and triangles tend to form the most common corrective waves. During complex corrections it is not uncommon to see doubles or even triples of these common wave pattern form.