Observation of the five wave structure and expectations of them should be made with caution and also depend on the biggest wave. That is the case where the use of 161.8% Fibonacci extension is crucial. Usually, it is the third wave which can be extended more than 161.8% in comparison with the first one.

For that reason, a trader needs to take a Fibonacci Extension tool and then observe the levels of the waves. Once the critical level is reached, the trader must focus on a fourth wave which should help him to correct the third wave. In addition, it is necessary to point out that the fourth wave should be a simple correction in case the second wave was a complex correction and vice versa.

Using the Principle of Alteration 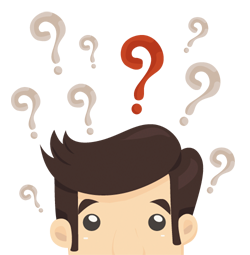 The principle of alternation should be respected by the two of these corrective waves, specifically the second and the fourth. On the other hand, the lack of it directs towards a move which is channelling very well. Furthermore, this channelling is the primary sign we have that a market is not trending within an impulsive move but instead that it is in its corrective phase.

The following step that should be made is measuring the length of the first wave and then projecting it upside. This illustration can be seen in the case of a bullish impulsive move, from the end of the fourth wave. In the ending of the fourth way, we should look at the end of the fifth wave. As a result of that and time frame in which the impulsive move appears, we should have a decision on buying call or put options.

There is one important thing which we should have in mind, and that is the fact that in an impulsive move of this sort, by the time the fifth wave is completed, the price needs to come back at the end of the previous 3rd wave.

As it is already mentioned above, these extensions are a representation of the most common setup within an impulsive move. Besides, it should be familiar that almost all impulsive waves include a third wave extension.

What is a Third Wave Extension?

In any impulsive move, the third wave should be impulsive on its own. This will provide us with the crucial clue. The trader, in this case, should go on the lower time frames and then count a lower degree. This way he can see if it is really the third wave extension of a bigger degree. Furthermore, he can check whether all the rules are respected. Therefore, if everything is according to the plan and all the rules were respected, but also the 0-2 trend line confirms the setup, then we can be 100% sure that the case that we have is a third wave extension.

The fourth wave which follows after a third wave extension is usually a short one if the second wave was a long and complex and vice versa. In this case, it rarely retraces more than 38.2% in comparison to the length of the entire third wave. If it is so, on the 38.2%, we should then trade call options in an impulsive move, and also put options in a bearish one.

In case that happens, it is necessary to examine the prices and find a striking one for a reversing option. The right way to find the perfect striking price is primarily to measure the whole length of the first wave and then take 61.8% out of it. This is done since most of the times that represents the length of the fifth wave. Furthermore, it should be noted that a put option should be traded in a bullish move, while a call option should be traded in a bearish move.

If the fifth wave still advances beyond that level which was reached, that means that the market is heading towards the 161.8% length out of the wave, where the more aggressive trading is expected. There is also one thing that should be observed when making interpretations of five wave structure, and that is making sure that the third wave is never the shortest one since this is virtually impossible. If it is the shortest wave then all other scenarios no matter how well they fit in, will be invalid.

Elliott Waves Theory for trading can be risky in a way. However since it takes into account only the things that matter and also uses Fibonacci, these tips and tricks can also be a good and also a rewarding trading system which any trader can master.