According to the Elliot Waves Theory, the fifth wave failure is a common occurrence when we have an impulsive move with an extended third wave. The theory is clear on the definition; when there is a five-wave structure appearing on the chart, no matter if it moves downward as a bearish wave or upward as a bullish wave, then, the longest wave has to be the third one which moves among the other waves. Once you have this situation, it is highly likely that the fifth wave will be a failure because it cannot catch up on the high/lows of the third wave. 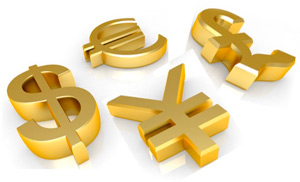 Whenever you are faced with the failure of the 5th wave, a remedy-kind-of-thing you could do is to look for equality of the first and the last fifth wave. There are certain indicators that let you suggest when such a pattern may or may not occur.

For binary options traders, this can be crucial for them and their trading choices, given that the best time to place put options is when there is an impulsive move with the extension of the third wave. The ideal timing represents the time when the third wave has already extended, before looking for the equality rule between the first and the last fifth wave.

The fundamentals of the Elliot Waves theory include an impulsive move which will result in a five wave cluster or structure. The impulsive moves draw a lot of attention of traders since an impulsive move guarantees an extension of at least one wave, whereby the extension stretches at a minimum distance of 161.8% from the wave before.

The timeframe, as well as the expiration date, should be in line since they also play a key role. The timeframe in which the analysis is taking plays is important for the expiry period selection. One co-depends on the other.

As far as regarding statistics, in over 90% of the cases, the waves that usually make higher highs or lower lows (which depends on whether the market is bullish or bearish) are the first, third, and the fifth wave, when we have a five-wave cluster. This translates to triple highs or triple lows.

The failures that are created signal future bottoming or topping whereby they also reveal information about the expiry period including future action. The failures indicate that a cycle or a trend is about to end and that a new one is about to start.

The duration of the timeframes in which the failures are being formed can also vary, and a lot depends on them. For example, the longer the timeframe, the more information can be gathered for the market or markets in general, especially because it gives the trader the chance to peek into future actions of the correlated market. Also, traders can pick up on which options are supposed to be traded. 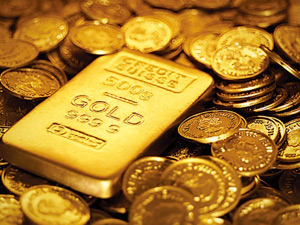 Let us illustrate that with an EURUSD example. When following the EURUSD on a daily chart and a fifth wave failure is in sight, call options should be traded. Here we have the EURUSD indicating bottoming; there is no need to engage in trading different options like the GBPUSD or CHFUSD since these currency pairs are correlated. This is important because analysis of one pair automatically reveals information about correlated currency pairs.

As we have already said, the failure of the fifth wave usually ends up being equal to the first wave of the cycle. If you happen to be worried about counting waves, you can use this information to know that you are on the right track and as an indicator of your market interpretation.

You will know that your market interpretation is incorrect when you spot that the fifth wave is not the same as the first one, and when it happens, you should restrain from interpreting the fifth wave failure.

The Elliot Waves Theory sometimes seems to have no clear-cut lines when it comes to interpreting trades and that the whole process is relative. This relativity is connected to counting and at what point someone starts to count. This might be true, but still, there are many indications in the market which can assure you that the count is right. For example, analyzing one market often holds the clues to where correlated markets stand at, and traders can build upon that to start their count correctly. Counting is key for making use of the Elliot Waves Theory and those who know all these little tricks of the right count, are more likely to score winning trades.