Today we are going to unravel and investigate a brand new binary options scam which has come to our attention. But we should perhaps more appropriately use the words ’rehashed scam’ or a ’recycled scam.’

The latest scam goes by the name of Fap Turbo 3.0, and since it targets people both in the Forex trading industry and those trading binary options, it’s worth reading for both types of traders.

Apparently, by the look of it, the initial two versions i.e. version 2.0 and the preceding 1.0 were not enough. So, they decided to come up with a 3.0 which is a rehashing of sorts of the original version of the scam. Though the goal is still the same i.e. to rip people off but only more elegantly! Our review of Fap Turbo 3.0 will reveal exactly why that’s the case.

The video clearly reveals that all the original elements have been kept intact, so the scam is the same. It’s also probably created, operated and funded by the same people too, not that it would require much funding, to begin with. We suspect there are groups of people who have put some time into coming up with this scam trading bot.

So, when one scam is exposed, they come up with a new one. While some will change the name completely, others just come up with a new version. The first red flag worth considering that the first version i.e. 1.0 was, in fact, a scam, the second one i.e. 2.0 was also a known fraud. So, it stands to reason that 3.0 will be no different. 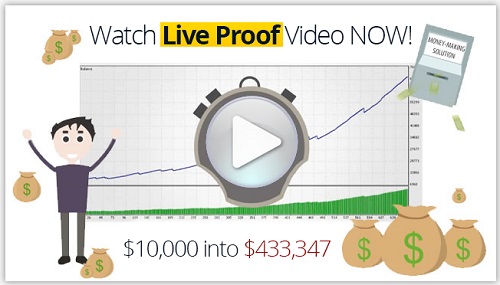 While most people who were stung by the initial two versions will obviously stay away from the third, perhaps others will think that the people have learned their lesson. But why would they when they can make so much money by scamming people?

You would think that after being exposed multiple times, they would change the name. But they have the audacity to keep the same name and just change the version number while expecting that people would think that they turned over a new leaf. That said scammers are not exactly known for their creativity.

Just about every other binary options scam has the same type of promotional video. You have the same fake voice over by a cheap actor, doctored screenshots, slide shows, etc. Thankfully, unlike other scam videos, it wasn’t an hour long, but we were never introduced to the presenter or got more information about the company or exactly how it all worked.

All we’re told is that Fap Turbo 2.0 somehow made 245 people multimillionaires and many more insanely rich.

The only thing shocking is how transparent this fraud is

Anyone who has been researching scams will tell you that every video will say that. The video will not say that they were able to make hundreds if not thousands of dollars by scamming gullible traders or those who were desperate enough to believe the scam.

Fap Turbo 3.0 is no different, and they peddle the same insane ideas with the goal of trying to scam more people. Since now the buzzword is ’artificial intelligence’ the people behind the system decided to capitalize on it. Somehow the AI can find weaknesses in trading markets which then helps people make millions!

The newer version of Fap Turbo 3.0 apparently takes advantage of yet another buzzword which is Bitcoin. The scammers guarantee that traders will experience an 87% return rate when trading bitcoins though even that’s unsubstantiated. The company says that despite the system being fully automated traders can also execute trades manually.

Like all scam systems and bots out there, Fap Turbo 3.0 isn’t free, and they expect you to pay $39.95 a month. We’d admit that this is much cheaper than other scams but its still a lot of money to pay for a system that will do nothing for you. So, don’t expect to cut even each month.

We’d have to hand it to them for making the website appear impressive at first glance. The main page is large, and you can scroll down for a very long time, and it has all the elements of a good website. You’ll find the FAQs, testimonials, video, and screenshots, etc.

These stats are obviously all made up

Though if you stop and look at the website there is no doubt about it being a template. Just about anybody can use a template and it takes just a couple of minutes to whip up a website like this one.

The reviews are hilarious to say the least. Unprofessionally written as a matter of fact it seems as though they had 10 year olds writing these. Perhaps they commissioned kids to write over the summer. Well, at least you’ll get a few chuckles while reading them, so there is some value!

The company does not make an effort to display any company information or licensing information which is suspicious. Forex markets are regulated, and so because there is no proof that Fap Turbo 3.0 is a legitimate entity, it’s just another nail in this scam’s coffin. 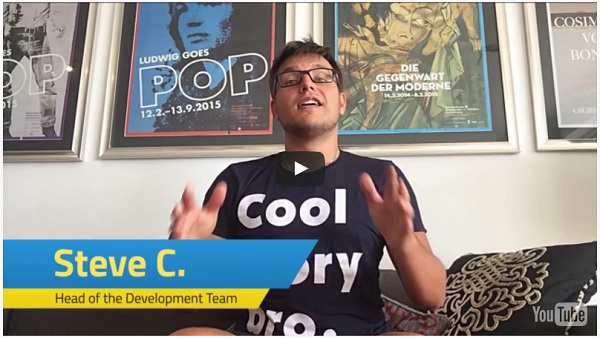 When you click on the customer service link, it takes you nowhere, but that’s to be expected because it’s the same with every other scam we’ve reviewed. When you scroll down the page, you’ll find a brief bio mainly about the creator of the Fap Turbo 3.0 platform. His name is Steve Carletti, and yet again the claim is that he is an IT and Forex guru.

But after countless attempts to locate him which included Googling we found nothing. Steve Carletti is a ghost! We found no Steve Carletti with any link to Fap Turbo 3.0. The picture is probably from some guy on Fiverr who looks barely out of high school or perhaps he’s a freshman year student.

What kind of IT guru not have a social media account? Well, Steve Carletti apparently doesn’t. We’d expect at least a LinkedIn account, but that’s non-existent.

We can safely say that the website is a complete hoax thrown together in a hurry by a cheap designer. They were so cheap that they probably hired a writer for less than $0.2 per review, threw in some doctored screenshots with fake video testimonials featuring $5 actors and they expect to con people with this. This is a scam which is thankfully not hard to spot.

You shouldn’t be taken in by the super long home page of their website, nor their empty promises. This is another scam. They are just using different markets added Bitcoin and threw in buzzwords like artificial intelligence. So don’t fall for this one just as you may have not for earlier versions.