Earlier this month, The Financial Futures Association of Japan (FFAJ) has released official figures that give us a glance on how the Japanese binary options industry is progressing. Good news is that it enjoyed a stable growth over the past few months. The trading volumes maintained the high level of late 2016 and show promising results for the future development.

So let’s take a look at those figures and see for ourselves where FFAJ stands. 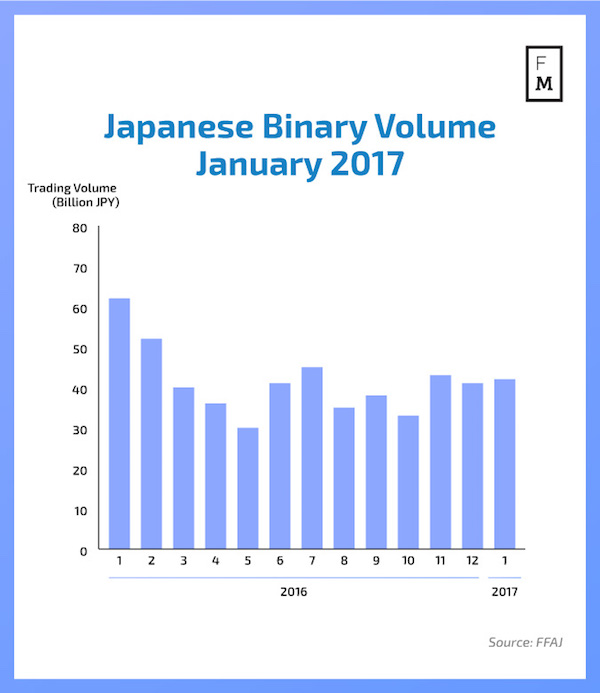 As you can see on the graph FFAJ has presented, 2016 was a turbulent year for binary options trading in Japan (as well as around the world). June and November turned out to be the most volatile months, probably reflecting the events in world politics that touched every aspect of the financial industry.

Starting from the end of 2016, the trading volumes enjoyed a stable growth which continued in the beginning of 2017. The FFAJ total monthly binary options trading volume came in at $369.8 million in January 2017, which is an increase of 2% from $362.2 million in December 2016. However, comparing to January 2016 it is down with about 33% from $537.8 million. But positive trends in the beginning of this year give us quite substantial hope of FFAJ catching up soon.

We’ll make sure to follow their updates throughout 2017 and keep our readers updated.

“Trade and Fly” Promotion from AnyOption