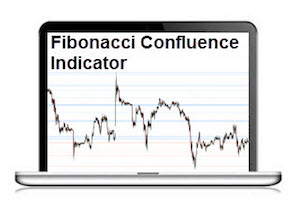 Fibonacci numbers are a very useful instrument that is being used for trading and since all trading platforms are providing the options of Fibonacci levels, this instrument has become really popular among the traders. Fibonacci levels include many other things than just the Retracement Tools. Besides that, these levels also include Fibonacci Expansion, Time Zones, arcs as well as some other levels.

However, there is one common thing for all those levels and that thing is that they are based on the
same sequence. Besides that, the projected levels are actually nothing more than important support or the areas of resistance that are beginning at the level that is considered to be the most important, the golden ratio (61.8%) and after that, it moves to the secondary levels and so on.

Considering the confluence areas, it needs to be said that term should be understood in a sense that the market should be showing a stronger area that will be broken if it happens that such confluence of the factors involved are actually coming together in the same place. In our case, we are talking about the Fibonacci levels that have different degrees and that are around the same level. Additionally, it needs to be said that the Elliot Waves Theory without the Fibonacci levels is simply not working and due to the fact that we are actually allowed to manipulate different degrees when it comes to the structure of the waves while keeping all that in the same time frame, the Fibonacci levels for the patterns that we are trading provides us with the opportunity to find and use strong resistance areas as well as support.

The consequence of the action that we described in the previous paragraph is actually a very good striking price for binary options trading.

However, for the purpose of identifying those confluence areas, a trader should be able to consider and analyze the pattern that the market is creating. Here is an example. As we all know, the triangle pattern is the most common pattern in which the market is being consolidated. However, the triangle pattern is also retracing the minimum 50 percent of the leg that came before in almost all cases and it is not important whether it is a contracting or expanding triangle.

With that being said, trader needs to be aware that his or her next move should be to measure the longest leg of the triangle that has appeared and to mark the retracement of 50 percent. What comes out of that is the confluence area and that area is very hard to break and if by the time that the triangle has finished the wave e, any move that appears in that area is actually the call to trade the options.

The second way in which that can be achieved is to use the Elliot Waves theory for the purpose of finding the confluence areas that are being derived from the Fibonacci levels. As we are familiar from the previous articles, the Fibonacci levels are 61.8 percent, 50 percent and 38.2 percent. What the trader needs to do is to measure the given move from the top to the bottom and after that he or she should mark the horizontal lines of the three levels that were mentioned not long ago.

After that, trader should be moving to a bigger time frame and then he or she should measure the move once again using the Fibonacci Retracement Tolls in order to find out those three levels and at the same time create additional three horizontal lines on the screen. If it happens that the two or even more lines are getting very close the area between lines is considered to be the confluence area and if it happens that the price attempts to break it will be very difficult for it to do that. In the case when the moves comes from the upper side of your screen then we are talking about the bearish and in that case, the market will find the support and trading call options is recommended in that case. However, the put options should be trader in the case of bullish because in that case the market will face the resistance while moving forward.

In the case of confluence areas, it needs to be said that the most powerful are the areas that are combining the dynamic and classical levels of support and trader should be able to identify those areas by using a technical indicator and it does not matter whether it is an oscillator or a trend indicator.

When it comes to the trend indicator, the best for that job is the one that is represented by the moving average that is present on the screen and which has different periods and in the cases when these moving averages actually cross the classical levels of resistance or support, the future price is actually being created.

However, in the case when these moving averages are moving in the perfect order which means that there is no cross between them, that it is the case of a strong dynamic support or strong resistance area. In the cases when the moving averages are actually meeting the classical support of resistance area for that matter, the confluence area that comes from that is extremely hard to break.

The examples of what we have talked about in this article are provided in the video recordings for this educational project provided by Binary Options Education and they will be dealing with instructions on how to use the Fibonacci, creating the dynamic support as well as levels of resistance. Also, check out our top recommended brokers here.