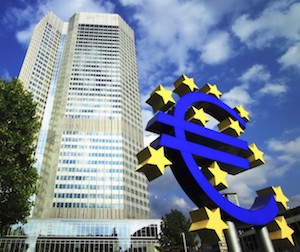 The Bank of England

Likewise, the European Central Bank (ECB) also conducts regular press conferences after its rates announcements in line with the concept of forward guidance. In addition to holding press conferences, the ECB goes one step further by publishing the minutes of the Governing Council meetings to let members of the public know what had been discussed in the meetings.

During the Q&A session of the press conferences, the members of the public can pose their questions to the central banks. And it is usually during the time that the markets can experience periods of high volatility especially when the answers given by the central banks is not what the market expects. So if the markets are spiking instead of being more stable, how effective is the concept of forward guidance?

While in the short term the markets do tend to react with high volatility, in the long run these press conferences held by the central banks do provide better clarity to the decisions undertaken by the central banks. To gauge the effectiveness of the concept of forward guidance, the ECB actually conducts a study on how the explanations of monetary policy decisions given out during these press conferences are construed by the markets. The results of the study were published in the ECB Working Paper #767.

It was noted in the study that these press conferences actually have a bigger impact on prices in the market than the initial announcement of the central bank’s decision. However, it was also noted in the study that the fundamental reason why these press conferences have a bigger impact is due to the forward looking perspective provided by them especially when there is ambiguity surrounding the central bank’s decision.

But we cannot deny the fact that central banks all over the whole are starting to embrace the concept of forward guidance. And given the fact that press conferences are an integral part of this concept, binary options traders should start learning to see how they can incorporate press conference trading as part of their short term and long term trading strategies.