Hexa Trader raises a couple of red flags and suspicions even to the untrained eye. The scam is so blatantly obvious that the review will perhaps serve to outline how similar scams work and help people avoid them. Hexa Trader was launched some time back, and since then we’ve seen reports of people claiming that they have become wealthy using the robot.

Now that’s itself suspicious, to say the least. After putting it through our thorough review process, we can tell you from the very beginning that the software is not worth your time. Though we also provide you with proof below.

The software has been developed by a guy named Rupert Connor who is supposed to be a professor. Though we will dive into the background of this fake professor later on in the review. The objective of this hyped robot is to just steal your money.

We would like to warn everyone reading this that they shouldn’t consider using the service because it will only steal their money. Our review will expose all the lies and fake names laid out by the creators of Hexa Trader to finally conclude that it is a scam like many others out there.

Hexa Trader: Is it just another scam?

The claim made by the founder is that the Hexa Trader trading bot is revolutionary. After having watched the promotional video from start to finish, we can safely say that it’s hard to determine what the software bot is about.

Mr. Rupert Connor claims to be a computer professor and expert, which enabled him to develop the software. He claims that the software uses the most advanced trading technology to execute winning trades which is why the robot can’t lose a single trade.

Mr. Connor also claims that he has over the years made millions using the Hexa Trader bot. He has in his words just made money sitting around with friends. The decision to make Hexa Trader available to the public is so that everyone could have the ability to make a lot of money just like he did. 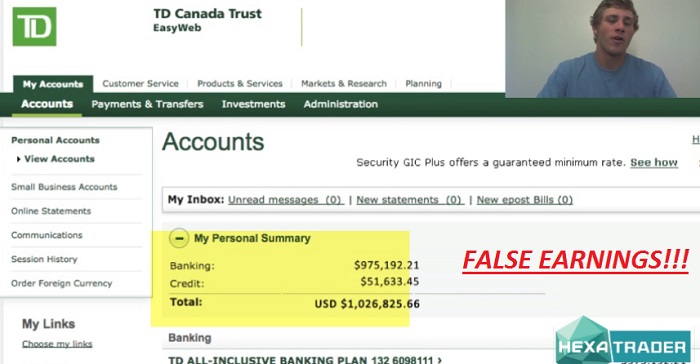 These earning summaries are all false, obviously

According to him, the robot works by using hexadecimal numbers which was a method he developed. He also claims that traders can end up making up to a thousand dollars if not more every day and that too on autopilot.

The system is allegedly so efficient that it has a 94.7% accuracy which is an extremely high figure by any measure. At the rate claimed anyone could become a millionaire in just a couple of months using the Hexa Trader App.

While we have pointed out a couple of issues with the Hexa Trader app above the fact is that these are just the tip of the ice burg so to speak. The robot is not meant to help traders make money. The many inconsistencies and various inaccurate statements are highly misleading, and by exposing them here, we are perhaps doing the trading community a service.

After watching all the Hexa Trader review videos, we still don’t know how the system works for sure. The creator is supposed to be a professor of computer science and relied on his overall knowledge of computers to create the robot. But he still can’t tell us how the robot can make money or what trading strategy is used.

All the talk about using the so called hexadecimal mathematical technology is well and good, but that can’t be driving the system. Math alone does not mean that you’ll become a successful binary options trader. If you ask us there is no trading algorithm at play and there is no way that this or any similar software can help you make money as a trader. It will only drain your trading account because that’s what is meant to do.

Mr. Connor claims to be the chief executive officer or CEO of the Hexa Tradera bot. Then he also claims to be a professor of computer science something that he cannot prove. It has been impossible to trace the claims made by professor Connor, and that’s strange.

As a professor he should have a profile at the school, college or university’s website where he teaches. There is also no mention of him in mainstream media. All of this points to Mr. Connor being a fictitious person, and as for the photo, it has been taken from some guy on Fiverr.com. He probably hired a Fiverr actor to talk about the system and then stole his picture. It’s a widespread method used by scammers on the internet. 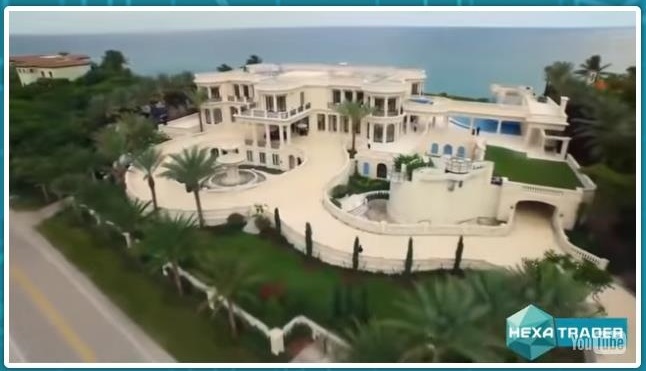 We managed to track down his profile on Fiverr, and it’s clear that he has no prior or even present knowledge of trading binary options. If the robot was arguably as profitable as it is claimed by Mr. Connor, then why use a fictitious character to promote the system. If anything it is a serious negative point against the system.

The use of Fake Testimonials and False Earning Reports

All the reviews and testimonials presented are fake and as such shouldn’t be believed. These people are hired helped most probably from Fiverr, and so you can’t expect them to be objective in the reviews. But you will be making a wise decision of staying away from the software.

This is false, as a deposit is required to use the system

If you watch the promotional video, it boasts of being able to help traders make over six hundred dollars every day and that too from just two hundred and fifty thousand as seed money or investment.

However, we found that this too like everything else associated with Hexa Trader is a lie. The type of earnings being claims is next to impossible and that too with the investment of just two hundred and fifty dollars.

Perhaps the most blatantly false claim is that the Hexa Trader system can help you boost ITM rates by 90%. Though it appears as if they aren’t even talking about the financial market but rather some other market because it has nothing to do with the binary options trading industry.

We have mentioned close to half a dozen reasons as to why Hexa Trader is a scam. So, if you were planning or considering it for use as part of your trading toolbox then think again. The creator says that the system has been earning hundreds if not thousands of dollars since 2013.

Though we checked to find out and the robot was created just a couple of days back. Our question is how a system like the Hexa Trader software, created a few days back can be making millions for the past four years? It is misleading information with malicious intent in our experience!