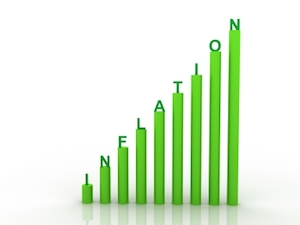 Besides interest rates and monetary policy, the market participants should follow other important economic releases. Therefore, the traders need to observe the time the inflation is released. It is called Consumer Price Index, or the CPI.  A CPI measures potential changes in the market basket of consumer goods price level as well as services purchased by households. It is a statistical assessment created using the prices of representative items sample whose prices are collected from time to time.

Further, CPI works as an Inflation Indicator. Inflation affects everyone from government agencies to businesses and consumers. Therefore, the federal government, usually, uses Consumer Price Index inflation data to execute changes on fiscal policy. If you are eager to join the market, you should check the economic calendar and search for the CPI events that are going to be released in all the important economies in the world such as the economy of United States, Eurozone, United Kingdom, Australia, Japan, as well as other markets.

The Customer Price Index is also important because central banks establish the monetary policy depending on the inflation level. It further provides the standard interpretation of the central banks – the inflation is going upside, and consequently create inflationary pressures in the economy, the central bank come and increase the rates in order to control inflation.  As a result, the currency will move to the upside in a way that the expectations of the central bank will hike rates since everyone wants to own a currency which has a higher interest rate. However, the other outcome is possible as well. For example, if the outcome of the CPI is lower than expected, and also significantly below the central bank target, then the market needs to try positioning a rate cut from the central bank at their next meeting. A rate cut will always be viewed as the negative effect on currency. However, when trading binary options, if the CPI is higher than the estimated value, it should be considered as bullish for the currency. As a result, we should buy call options.

It is always negative for the currency if the CPI release falls short of expectations. In that case, the traders are supposed to buy put options. Central banks have permission to keep inflation below two percent or close to that. With this in mind, we must be sure that inflation levels higher than 2% are not wanted, since the money is losing its value. In the other hand, lower inflation levels are also a threat because in the case when the inflation levels go below zero we have to deal with deflation.

Usually, inflation or the Customer Price Index is released once every month, most often with some kind of variations. Therefore, inflation does not necessarily appear in the same form in every country. Each inflation is calculated separately.

You need to know that besides the CPI there is also a core inflation. It represents the trend in the price level in the long run. Transitory price changes should be excluded while measuring long run inflation. This can be done if we exclude items which are frequently subject to volatile prices, such as food and energy. Therefore, core inflation can be calculated if we take the Consumer Price Index (CPI) and exclude abovementioned items from the index. However, there are other ways to calculate core inflation like the outliers method, meaning that the products with largest price change are removed from the equation.

Interpretation of the inflation numbers requires an idea of the next step in the strategy of the central bankers. For instance, there is something they refer to as Harmonised inflation.  The harmonized inflation rate is built upon the harmonized consumer price index (HICP). However, in October 2013 in Eurozone, the CPI print came at 0.6% on expectations of 1.1%. Two weeks later the European Central Bank was meeting, and everyone hoped and expected that the interest rates would be cut. As a matter of fact, they did cut the interest rates, however, by that time market plunged several hundreds of pips more.

Therefore, if you want to trade binary options based on the CPI release, you should consider the bigger expiration date.  This means you always have to pick the expiration date which goes beyond your option.

It is much harder now to trade the news since also trading or algorithms influence the markets. This further means that it is hard to pick the right direction based upon them, if not impossible. The only possible way to do so is to wait for the news to be released and then join the trade with the actual figures already been compared to the expectations. This will be a hint for us. Therefore, if the actual figure is bigger than the expected, the chances are that the central bank at the next meeting is going to increase the rates or at least use a bullish tone.

It means that if you, for instance, want to trade on Australian market or based on an Australian dollar financial product, say AUD-USD, then it is well-known that the trading call options would be a better option. If you are interested in the expiration date, you need to go and check the economic calendar. In the economic calendar, you will find all the necessary information and also see when the next interest rate decision will happen. In that case, the call option should stretch beyond the expiration date in order to successfully expire in the money.

All the things you need to know about the interest rates, inflation, Consumer Price Index are available on the economic calendar, and therefore, make sure that you are familiar with the schedule. You need to be informed and wait for the right information, not only a prediction but also a decision when you decide to participate in the market.