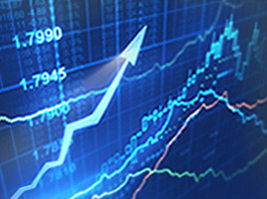 Hammer is usually a bullish pattern which means it is a very important signal when looking to buy call options. This is mainly because the outcome of this pattern is that the market prices are usually expected to move upwards and thus a trader should feel free to buy call options with the expectations of the prices moving to higher values.

Since a hammer is a bullish pattern, it means it forms after a previous downward trend and this should always be considered when a trader is trading after the formation of a hammer. Also the trader should also note that the formation of a hammer is followed by bear candlesticks which are usually trying to take the lows of the hammer and in the process provide the trader with the point to enter buy call options.

The hammer is a powerful signal for a reversal. Therefore traders should be careful to identify them in the market so as make informed trading decisions.

Hammer as a Simple Bullish Pattern

Sometimes in the financial markets, there may be opposing forces between the factors pushing the prices up and the factors pushing the prices down. The market at such times seems to be undecided since it makes a huge move in one direction and then retraces back to the other side leaving very long tails therefore resulting to the formation of a type of candlestick known as a hammer.

In actual sense, a hammer shows a battle between a bullish trend and a bearish trend, as the bears try to dominate and bulls are also doing their best to outdo the bears.

Therefore, after the formation of a hammer, the trader should not anticipate to witness a rapid movement in prices since the bears are usually not ready to give up their bearish trend and they are eager to push the market prices below the already established lows in the hammer candle.

Squaring of a Short Position

It is also worth noting that in trading currency Markets, a trader should understand that the market is normally dominated by traders who are usually pushed to take certain actions. For instance, a trader may decide to trade short for a whole week and on Friday he or she wants to find a good point to exit the market. For the trader to close the short position, he or she will have to buy and a squaring of a short position is normally seen as a strong upward candlestick that might look like a reversal candlestick.

This simply implies that trades should avoid trading hammers which are normally formed on Friday, but instead wait for the coming Monday so that they can open a trade. If the trader surely eels that the prices are great for placing a trade, the he or she should ensure that the expiration date is well set so o avoid the losses that can be attached to the hammer being a fake one and especially on Fridays.

The trader should keep in mind that the larger the timeframe that the he or she is using, the better it is for the purposes of analysing the implications of a pattern as well as a reversal.

Bulls vs Bears – Waiting for a Retracement

If a trader is trading a call option and the market prices breaks the lows that were established by a previously formed hammer, then the trader should look at reversing the trade so that he or she can trade on a put option. This is because the previous pattern becomes invalid and the reasons that had caused the trader to place a call option are no longer valid. But in such cases the trader should split his or her investments into options with short term expiration periods since the market is still very much volatile and it is dominated by short bull and bear candlesticks. From the results obtained from the short term expiration options, the trader can then make up his or her mind on which type of option to place.