We have put the Jarvis Formula through its paces to provide you with the full review with evidence. Let us start by pointing out the obvious, which in this case is the fact that Jarvis Formula is a scam.

We gained personal access to the Jarvis Formula to review it for our readers. Our goal was to evaluate its legitimacy and provide an unbiased view of the software that claims to help traders make a lot of money.

It is unfortunate that despite the big promises of millions in revenue the Jarvis Formula app is just a scam and you shouldn’t use it. Ever since the website was launched some time back, we have been on their backs trying to find out if they were legit and if we could make money.

So far the results are evidently highlighting it as an elaborate scam. Our goal here is to provide you with all the information required to ensure that you don’t lose money with this scam.

Consider our review more of an expose of a deadly scam which has so far resulted in many people losing their money. The app and the company have nothing to offer traders, and that’s why it’s so important to expose the software for everyone to see.

The only way you can keep your money safe from these scammers is to look past all their nonsense and look for what really matters to you. To start with this Paul Jarvis character has done an inferior job of presenting himself as the self-styled owner of the company.

Let’s start with his name which is not even real. The person playing the part of Paul Jarvis is a hired actor and is being paid to read a script. We also did a bit of research and didn’t find any company named Jarvis Formula Incorporated registered.

If anything this is yet another red flag which undisputedly points to it being a scam. So, obviously people will want to avoid this scam. That said if you still decide to give the service and company the benefit of the doubt then you’ll suffer financially.

You Can’t Trust The Jarvis Formula

We think its a joke when they claim that the Jarvis Formula is a trading robot that scans major stock exchanges like the NASDAQ to find winnable trades based on their index averages. If anything this is a very bad explanation because it does not explain how the software works.

They are trying to impress people with mangled technical jargon which even to an expert is jibberish. Our opinion is that Mr. Jarvis is trying to make his system sound advanced and impressive when in fact there is nothing revolutionary or great about it.

Why do these systems always make such ridiculous promises?

He is feeding you lies and half-truths in the hopes that you’ll give them your money. Every claim made by this scammer is false. Take for instance the lie where it he claimed that this product is well known in the industry when in fact except for those who are scammed by the software nobody knows them.

Even if you Google the company online there is nothing to found about them. Once again the above instance is yet another red flag that you shouldn’t ignore. It is a scam which we guarantee will suck you dry. Interestingly the Jarvis Formula site was registered just the other day so how were they able to make billions in just days? Sounds like a lie!

We did a bit of digging to find out more about the Jarvis Formula. We found that the website was registered a few days back. How can a piece of trading software become immensely popular in mere days or even a month? That’s the hallmark of a lie!

The other red flag is the company’s domain name http://Jarvisformula.com which is offline. The big reason in our opinion for them being offline now is because they have already stolen thousands if not millions of dollars from unsuspecting traders. Then because of public outcry, they had to deactivate the website, or they would be busted.

The Jarvis Formula is a shady website, to say the least. How can a business be launched and then closed down in just 30 days from launch? All of this is way too fishy for us to believe and so we wouldn’t advise anyone waste their time on this system.

What We Think Of The Jarvis Formula?

We wanted to investigate this scam further and evaluated one of their testimonials. As it turns out the testimonials have appeared in another crappy system that’s similar to this scam. Since we were able to identify that system as a scam too, it stands to reason that the Jarvis Formula is a scam.

If anything they are using fake testimonials to fool people. In our years of experience evaluating scams, we are able to recognize when there is a community of scammers. This community exchanges testimonials uses the same cheap actors and even promote each other’s scams. 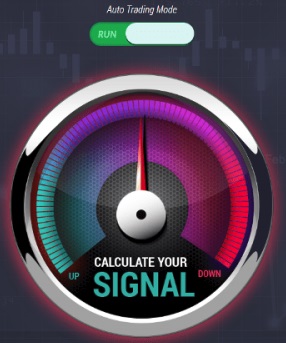 The platform is overly simplistic and an hassle to use

Are these fake actors?

Plus they proclaim to run companies that don’t exist. The people you see in the Jarvis Formula, smiling faces with millions can be traced back to the stock photo library they were purchased from. Also, in most cases, the photos were used without getting copyright permission from their owners. So, here too they are thieves.

The other thing we managed to find out was the fact that these bad actors were getting $5 a piece for their fake testimonials. How can a company that’s making these people a fortune be paying them $5 for a phony testimonial? If anything these people are just a bunch of broke dudes out there to steal a few bucks from unsuspecting people using scams like this one.

That’s the only explanation why you’ll never find any useful information about these people except for on scam websites. Jarvis Formula can’t be trusted, and everything they are feeding you is a big lie. Use at your own risk perhaps!

Our review of the scam called Jarvis Formula reveals that it is a scam. Over the years we’ve made it a point to review just about every scam, we’ve come across, and Jarvis Formula is no different.

The problem with trading scams and fake software, in general, is trying to spot them. These people may think that they are very smart, but the truth is that the way this scam is set up makes them look dumb in our opinion.

Ever since the time we landed on Jarvis Formula’s website, it was not hard to see it’s not legit. To avoid making wild assumptions we went through our thorough review process. At the end of the day, we found conclusive evidence of it being a scam. That’s why it’s near impossible to recommend the software to anyone.