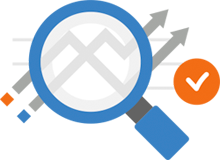 In this case, it is very important to mention that all the indicators, especially the oscillators are actually meant to indicate the levels at which a trader should buy or sell. Some of these levels are the extreme and that is what comes under the overbought or oversold territory.

How to trade with Overbought or Oversold Levels

When it comes that the trading with binary options and the price are actually in the overbought areas, that is the time for us to starting buying the put options after which we will wait for the lower values to appear. However, the opposite is true also and it means that when the price is in the oversold area that is the time for us to buy the call options as we hunt for the higher values.

However, there is one catch that traders should be aware of and that catch is actually the subject of this article. It may happen that the prices may stay in some of these extreme areas for some time and when that happens it means that the margin calls will be triggered on the accounts that are attempting to fade the move. Besides that, it also very important to know the fact that each and every oscillator is actually indicating the overbought as well as oversold areas and because of that it is advised to have only few indicators that will watch during the technical analysis instead of having too many of them because they will all be showing the same thing. Because of that, it does not matter whether you are looking at this issue with the RSI, CCI or some other oscillator because they will provide you with the same information.

We assume that you have realized to this point that trading is not the straight line. It, rather, provides the opportunity to play with trading at these extreme levels and to determine the expiration date on the basis of the time frame that takes the overbought or oversold areas to appear and is actually the issue that makes the difference between the trader who is successful and the one that is still looking for a success.

When it comes to the trading in general, and especially when it comes to the trading with binary options, overbought and oversold levels are actually the ones that are determining the entry price as well as the striking price in our case. However, it does not mean that the striking price is the best every time when the market is in the overbought or oversold areas. In that case, it means that everyone should have a certain profit. The very important issue is to make a clear distinction between the given situation and the signals filtering that is based on the previously determined system.

Breaking into the Bullish and the Bearish Market

Before we actually deal with this issue, we first need to mention what actually makes the overbought or the oversold levels in order for the readers to fully understand the terminology. In the cases when the market is actually in the rising trends or according to the Elliot Wave Theory when the impulsive or the motive wave appear the breaking of some of the technical levels of the oscillator is what actually causes the break into the bullish market.

When it happens that it is in the bullish market but the moving does not actually stop but it rather advances even further more, in that case it is said that the market is actually is moving in only one direction and no other directions. This issue is appealing to many traders and those buyers who trade with the put options because the more time the markets stays in that area the levels of the overbought are coming and more sellers are actually joining the action.

When it comes to the oscillators, this might also happen in the cases when the oscillators are traveling and staying in what has been marked as the upper side of the territory that it travels. Here is an example. In the case of the Relative Strength Index or the RSI, a break that is above levels of 40-50 is considered to be the bullish break. However, the move that is above 70 is considered to be the overbought. In the cases when it breaks even at the level 80 and stays about the level 70 for some time, that is the sign for trader to step and this has been characterized as the overbought territory.

In these kinds of cases, the market may actually stay irrational in the overbought or oversold stance longer than the trader can actually remain solvent and because of that traders need to be really careful with the expiration date for their options. Additionally, it is also important to look at the time frame in which the oscillator is actually being plotter because the bigger the time frame is the more important the overbought or the oversold interpretation is.

Another example of this situation actually comes with the Eliot Waves Theory and the concept of this theory will be used here to provide you with the example of the situation for the oversold levels. According to this theory, an impulsive move is required to have the extended wave and this actually means that the market actually needs to travel more than 161.8% in the case when it is compared with the first wave length because the wave that is extended is usually the third wave.

Besides that, trades are actually using the Fibonacci tool for expansion to measure the length of the first wave so they would be able to identify the extension as well as the outcome that has been project before the second wave has ended and the outcome of that move is actually the target.

Before that actually happens, nobody is looking at the market as in the oversold levels but rather after it, which means that the bulls will appear and the call options will be the subject of the trade. However, this business is tricky and a bit risky in this case because the only requirement for the wave to actually be extended is the 161.8% level.

The question appears what to do in these kinds of situations and the best answer to this is actually to trade the options with something else, the divergence or something else, for example and the bigger the time frame is the safer option will be.