So will Millionaire Replicator really replicate the trades of the world’s elite traders and give you a fraction of their success? Or are they just blowing smoke up your behind? See our answer below!

What is Millionaire Replicator?

The promotional video for the Millionaire Replicator robot is literally a bunch of text on the screen with a fast talking narrator claiming to be Sean Valentine. For someone who’s allegedly so rich, it really seems like they had an extremely low budget to promote such an awesome opportunity.

We wonder why that is; is it because Sean Valentine doesn’t exist and there is no such thing as a robot that can copy the trades of the elite traders on Wall Street and in London? We got some news for you, the elite traders in Wall Street and London are most definitely not trading binary options! And even if they were, do you really think they’re going to put out their trading strategies for you to see?

Don’t get us wrong, there is such a thing as social trading, and it is a legitimate feature that many binary options platforms have. But no, you won’t find any Wall Street elite traders on there, although you may get lucky and chance upon a skilled binary options trader that you can learn from. Oh, and guess what? That trader will most definitely not be using a lame robot. 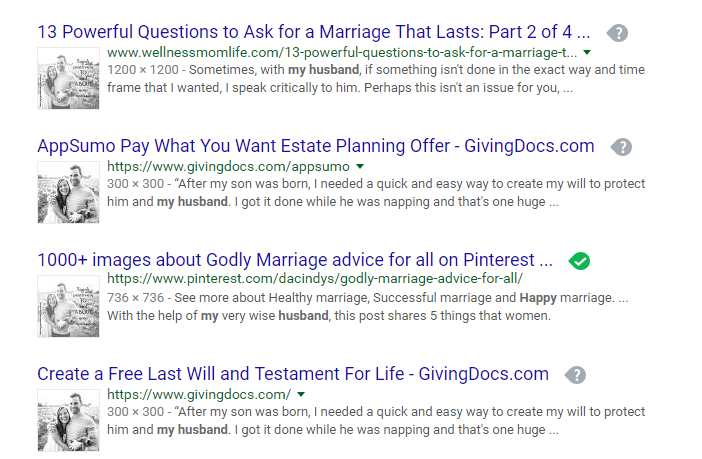 That’s Sean Valentine by the way, and we assure you that he is most definitely not the voice you hear in the Millionaire Replicator promotional video, because he is nothing but a stock photo.

Looks like this millionaire has been replicated all right, many times over! We also want to point out that the name ‘Sean Valentine’ sounds like the name of the male lover in a female erotica novel.

The fourth step is to create a landing page for your robot. The standard binary options robot landing page is an auto-playing promotional video, a sign-up form and some fake testimonials. If you’re really feeling creative you can add in a fake countdown timer to create scarcity or a geo-targeting app.

For the promotional video you can go a few routes: the full on professional video with hired professional actors, luxury cars, offices, and mansions or a little more low-key with cheap actors from Fiverr. And if you’re really cheap, go ahead and just slap some voiceover narration over some text, like Millionaire Replicator did. 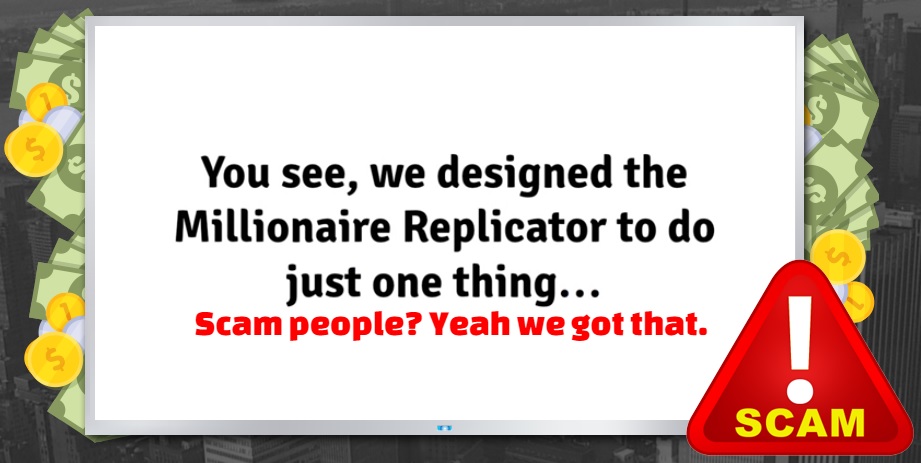 As for the video content, be as creative as possible; it’ll help you stand out from all the other robots out there! Here’s the standard template though: ex-Wall Street trader starts his own fund using a secret algorithm he developed (or stole from the bank) with an over 90% success rate and now wants to share his success with you! The robot will have to be free, so make up some excuse like beta testing.

The final step is to drive traffic to your landing page, and the easiest way is get affiliates yourself to promote your robot. Since your robot is entirely bogus, most legitimate affiliate marketing networks won’t accept you. More than likely, you’ll end up with ClickSure.

And there you have it, your very own Millionaire Replicator formula!