The My Profit Formula is another binary options robot that’s been developed with the same purpose as other scams in this niche. The objective of every scam is to steal money from people. Our review dives into why everyone should avoid the My Profit Formula.

The My Profit Formula is a brand new entrant into the binary options trading software industry which claims to be a trader’s best friend. The website has a lengthy video that talks about how good life can be when you’re making money on autopilot. You’ll see images of the so called founder Megan Sanders and the high lifestyle she has allegedly created for herself using the software.

Why do we think that the My Profit Formula is nothing but a scam?

The video presentation claims that traders can end up earning around $4000 a day for free using the My Profit Formula. One of the testimonials states that he (the person giving the testimony) made $4,286.27 during the first day of trading with the software.

Then the second testimonial claims to have made $29,000 in just one week using it. Two other similar testimonials are claiming that the My Profit Formula app helped them make thousands in mere days.

This is in no way true

While it is easy to just take the testimonials at face value but that’s not how things work in the trading industry. Every experienced trader knows that it’s hard to make thousands of dollars trading binary options every day. As traders ourselves and as people who have executed thousands of trades over the years we know that binary options trading isn’t risk-free though it is equally rewarding.

We first learned about the My Profit Formula after receiving an email from one of our readers who want to find out if it was legit. By the time we had found out about it, the scam had gone viral for some reason. Many had already lost their deposit mainly because the website is effectively a front office of sort for a network of shady brokers who want to steal your money and nothing else.

The creators of My Profit Formula get a commission for every person who signs up to the program. That means that it’s in their best interest that more people sign up even if the broker is a fraud. Though Megan Sanders (the creator) claims that it is free software and that you’ll get $1000 as a bonus but that too like the rest of this scheme is not true.

Who is Megan Sanders?

She claims to be the CEO of the My Profit Formula app which is not even a real trading app but as mentioned above a scam out to steal your money. In the presentation, Megan Sanders also claims to be worth millions and after making all that money wants to share the formula with other people. So, many others can also benefit from the secret.

Megan Sanders claims that people can earn $4000 if not more every day using the My Profit Formula app, and also take advantage of a $1000 bonus. Though all of this is not possible since we’ve already established it’s a scam. But who is this Megan Sanders? Well, we managed to uncover a couple of startling facts about this person who calls herself Megan Sanders.

Far from being a multi millionaire, Megan Sanders or the person we see in the My Profit Formula video is a paid actor. She isn’t the claimed CEO of the app either for obvious reasons. During our investigation, we found that she probably has nothing to do with trading in the first place.

Claiming to be the CEO of an app that creates millions for people is one thing but proving it another. Surely a millionaire with so much success will deserve some mention in the media? So we conducted a Google search to find more about her and the company. Not surprisingly the company does not even exist. 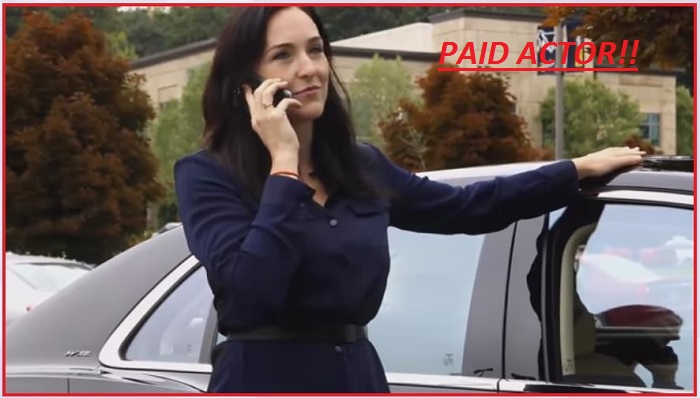 We also asked many other people who work in the binary options trading industry if they knew her and we turned up short. Nobody in genuine trading circles even knew what My Profit Formula was. All we got from these traders were warnings to stay away because it sounded like many of the other scams out there.

The only place we could find this person was on Fiverr, which is a surprising twist. Her profile there says she’s a paid actor and featured in scams like My Profit Formula. Other places she’s lent her services is to another scam named Charity Profits.

All Testimonials are 100% Fake

During the course of the My Profit Formula video presentation, you are introduced to various people who say that they have made millions using the software. Every one of them thanks, Megan Sanders for creating the system. So, we wanted to find out who these people were and to do that we captured screenshots of their faces. Then searched online using a reverse image search database to find out who they were.

Interestingly all the profiles we found were on Fiverr. So, like Megan Sanders, all these people were actors paid to say good things about the software they probably knew was a scam. Our advice is not to believe anything that’s said in the video because it’s all fake.

The fact that these actors have not been able to earn thousands of dollars is testament to the software being a scam. It also means that anyone who trusts My Profit Formula with their money will end up losing it.

If privacy is one of your concerns, then you’ll be shocked to learn that even their main website is not secure. The badges from online security services are all fake. While these badges are only made available to websites that have passed the security technology test these scammers have decided to fake it.

Also, all secure domains need to begin with HTTPS, but the My Profit Formula, the domain starts with HTTP which is another indicator of it not being secure. So, anything you enter on that website is not secure and can easily be stolen.

Though why would you expect that scammers be interested in your security because all they want is your money and they will do anything to get it even use fake badges. Your information is exposed to hackers which means that you can lose more than just your money.

Conclusion – My Profit Formula is not worth it!

The My Profit Formula is without a doubt a scam something that we started this review with leaving no room for doubt. Everything from the testimonials to the My Profit Formula app itself has been designed with the sole purpose of stealing your money.

Megan Sanders is just an actor and poses as the CEO of this scam app. We have also proven that she’s been the face of other apps like Charity Profits. We strongly ask that you stay away from scams in general including My Profit Formula.