This review of the Omnia app exposes this software for the scam that this truly is. This platform has drawn a lot of harsh criticism from the public who has experienced it first hand and claim that it is in fact a scam. This is a big dent in the type of operation these scam artists are trying to promote and take money off people for.

It is hard to know exactly how many people have been scammed to date but there definitely have been a significant number of people who have fallen foul to them. This is coming from reports that have been made and if this scam is allowed to continue then more and more people are going to lose money.

Currently the legitimate review of the Omnia app and reviews of testimonials from actual customers show that the people who have signed up are not happy as they were promised things that were not actually legitimate and have lost their hard earned money.

The real identity of the person who is the face of this system Matthew Hammer-Smith is unknown as this is a fake online persona it appears. There are a number of tell tail signs on the Omnia app website that showcases the scams they are running.

This is why it is so important that traders have a read of this review before they get conned into signing up for this scam. There have been so many allegations and dodgy facts that have come to light in recent times exposing this dirty scam. This is why we cannot advise traders to try and sign up for this service.

You cannot ignore these scam artist elements of this system and it is a clear cut decision as to what you need to do. Some of these scamming variables include hiring paid actors to become imposters and gives outrageous promises of wealth that you can earn etc. Anything with a bad reputation should not be trusted, especially when all of it is obviously a scam.

How Omnia Investment is a fake organisation

If you are still undecided and you want to fully confirm your suspicions that this Omnia software is in fact a scam, you just need to execute the simplest of background checks for the company and it will become clear-cut straight away what you are dealing with. 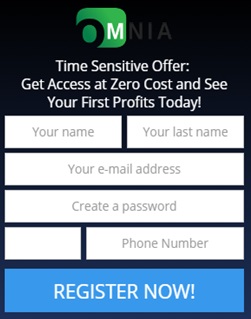 The Mr. Mathew that makes the claims of owning this exact software and the company itself have been publicly shown to try and belittle and insult the intelligence of the trading public. He is trying to take all the credit for having a company that does not actually exist.

They make the claim that the company is worth a total of $380 million in the form of net assets when in fact it is only a creation of fraudster son the internet. All you need to do is go to the Google company directory and you will quickly see that this company is in fact not in existence.

The name “Omnia” is used for a lot of different things across the internet. There are many apps, organizations and businesses that use some form of this name but it clearly shows that not a single one of these groups have an affiliation to binary options trading.

Even Google itself does not recognize Omnia Investment as a registered company which lends further proof to the idea that this all a big scam.

All of the lies these people have told you about their app is coming to light and it is astonishing that they thought they could get away with it.

How Omnia is a scammy software

It undoubtedly is. As you have seen written in the previous section, it is obvious that your money will be long gone if you get involved with this scheme and you will not be able to get it back no matter how hard you may try.

This is a similar scam to what is being run on other sites as well. One of them is called OmniaApp.co and the other one is called OmniaApp.biz. Each of these is nearly identical and has the same offerings. They will not blink an eye when it comes to tricking or conning you out of your hard earned cash.

You may be wondering what it is that the Omnia software is promising people if thy use it as they are promoting it very aggressively by saying it can make you thousands of dollars unlike other types of software.

Some of the ridiculous promises made in their website

It is clear as day that this is simply yet another get rich quick scheme and they are making promises that are entirely unethical by saying that you can turn into a millionaire within the following 181 days or so of joining up with them.

If this type of software in reality did generate millions for people (this point has not been proven in the slightest by the people running the site) then why would they be offering it to you for free? 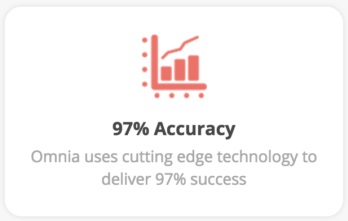 They just want you to believe this fairy tale. There is no other explanation as to why their whole sales pitch runs along the lines of having it be 100% free to use and it is mathematically created so that you are never going to lose.

They explain this statement by saying that the Omnia software review system looks at and analyses trades at the deep rooted level in order to provide an outcome that is absolutely guaranteed. This is an entirely vague statement and really does not mean much. It certainly cannot justify how you can make thousands per day off it.

They are just using this text to try and manipulate your thinking so you might try to sign up. This is obviously too good to be true, which like anything in life that is this way needs to be avoided. 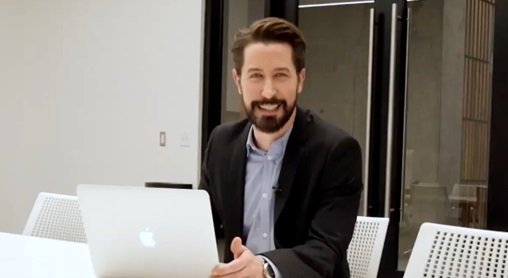 As Omnia Investments does not exist, it is safe to say that the founder is also fake. People do not realise that they can do a quick search to discover that the so called founder of this software also partakes in a scam called GPS Trader, as well as a few other types of scams across the web.

To the right, you can see a photo of the supposed creator.

This instantly gives warning signs as to the legitimacy of the site and prove is tis falsified. It also showcases what the character of this individual is and that he has no regard for his reputation as he simply wants to promote scams to beef up his wallet. Your interests are nowhere when it comes to this man, he only cares about himself.

Risky promotion methods they use

If you provide your email address when signing up, you will furthermore see how untrusty the website actually is. They showcase trading results that are fake and have a news feed that you are unable to click on.

Don’t be fooled by profit charts that are false, the false dates on the charts try to show that Omnia system is more than a year in existence but if you look at Who.is you will see that these dates do not line up.

With all of the evidence that has been showcased here, it can be clearly seen just how much of a scam this Omnia App Review software actually is. They are using fake people and massive lies to promote this software. Don’t fall into this trap.