Through the current first and second half of 2018, cryptocurrency prices have been correlated with that of bitcoin. However, we may soon see the end of this correlation as markets are now starting to understand the significant differences between each type of cryptocurrency and their intended use cases according to Brad Garlinghouse the CEO of Ripple.

Garlinghouse was quoted as saying that there is a pretty high correlation between bitcoin prices as XRP (Ripple), despite each being an open source and independent technology. So, it is about time that we start to see a sensible move towards behavior that reflects that each one of these currencies is fundamentally different. 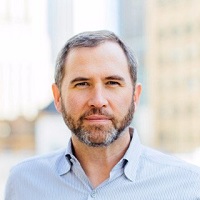 Garlinghouse is the CEO of payment protocol company Ripple

Ripple is mainly a network developed for swift global transactions, and XRP is the company’s digital token which associated financial institutions can use to send and receive money swiftly.

Ripple has reported an excellent first quarter during which it signed a whopping 20 production contracts with new companies according to Garlinghouse. However, during that same period of growth, the XRP had lost 70% of its previous value and ended up as the worst performing cryptocurrency amongst the lot.

However, the industry is still in its infancy and speculation is still the rule of law for traders according to Garlinghouse. Though it is only a matter of time before people begin to understand each cryptocurrency’s use case.

Three Currency Pairs To Watch Out For