We consider Signal Samurai another addition to the world of binary options scams. It uses fancy words while promising traders millions in profits if they used it. But before you decide to take them up on the claims make sure to read our review to the end.

It will give you a much better understanding of how the scam works and why Signal Samurai is nothing but a money pit.

Over the years we’ve uncovered numerous scams, and like those, we have analyzed in the past our review is unbiased. We will also alert you to all the pitfalls of using Signal Samurai so that you know exactly why the software and system do not deserve your attention.

Anybody who is considering using or trying out Signal Samurai should hang on a bit and read through our review. Make sure that you read our unbiased review till the end.
We will now get into specifics as to how Signal Samurai will drain you financially and why it should be avoided.

The official website states that Signal Samurai is owned by a person named Kijo Oda with the promise of its signal generator helping traders make high profits from their modest investment every day. The official website goes on to state that Kinjo Oda was a successful broker at the Tokyo Stock Exchange for years.

The system is not free, as promised

But later there was a change of heart which led him to quit his job and create Signal Samurai. The software is supposedly based on the Bushido Samurai code, which is a Japanese warrior code.

The claim is that Signal Samurai is free to use since Oda wants to help people make money. He wants everyone to have a comfortable life while trading binary options. But upon closer inspection, it’s not hard to see that the software is not free as claimed. It requires that traders deposit $250 at least to open an account with a list of brokers they recommend.

The claim is that Signal Samurai is the best signals service in the world. However, we find that contrary to our experience.

The official website states that Signal Sumari uses a special algorithm which is the creation of Kinjo Oda. They say it offers three types of trading strategies which can help to predict both minor and major changes in prices of assets across the board. Which takes the guess work out of trading binary options.

Interestingly the readers and prospective investors are never briefed on what these tools and indicators are really based on. Plus, there is no idea as to what trading strategies will be used or how the algorithm works.

To recap the system uses what’s called the Bushido code to arrive at the final decision as to which stocks to trade or which are the most successful. The problem here is that these scammers are using fancy words to lure people into using the software. Bamboozling the audience is one way that scammers are able to get through to newbie traders.

The word ’bushido’ has nothing to do with trading binary options. In fact, it is an ancient Japanese warrior code associated with the samurai. It merely outlines how a warrior should behave during a battle and in general existence.

Our experience has shown over the years that when a program makes outlandish claims and uses fancy wordings, it should be avoided. It is a clear indicator that they don’t have something that’s proven to work.

Why do we think that Signal Samurai is a Fraud?

To start with, we have learned over the years that when software sellers that are unable to explain in simple or clear terms how it all works then it should be avoided. The claim made on the website is that this is the best software out there.

However, yet they can’t seem to explain how it is able to generate all these highly accurate signals? Instead, the website focuses on only meaningless wordings to mislead readers most of whom they hope will have no or little trading experience.

However, apart from the use of fancy words, our investigation reveals other reasons why you shouldn’t trust Signal Samurai with your money. So, read on…

Despite having made so many tall claims, these people can’t even put together a simple presentation video. The reason perhaps is that they already know that they will be caught which is why they didn’t waste time and money putting one together.

Then there is the question as to why Kinjo Oda, who is supposedly a genius wants to hide behind a fake or perhaps a stolen stock photo? Why doesn’t he want to show us his real face? Should we just believe that the software can make millions in a week and take his word for it?

Even after extensive research, we cannot establish if this Kinjo Oda is even a real person which is not unusual for a scam.

How does the software work and help make millions?

That is for many binary options traders the proverbial million dollar question. Despite the claim of it being the best signals software available today, there is no explanation as to how that is the case.

The company fails to explain how the software works and that’s strange. All we are told is that it uses a set of advanced algorithms which were designed by Kinjo Oda based on his years of experience as a trader. But surely advanced algorithms can be explained?

Our explanation as to why there is no run down of how it works is because the software is nothing but a virtual shakedown of newbie binary options traders. The scammers don’t, in fact, have any software that works, and so they are hiding behind claims of it using an advanced algorithm.

We found no trace of Kinjo Oda Online 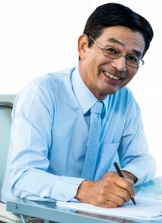 The supposed creator of this system

We are led to believe that Kinjo Oda was some big time trader and analyst working for the Tokyo Stock Exchange. Though in actual reality our research was not able to uncover any independent information about this person. As a matter of fact, the images we did uncover was of various smiling Asian businessman writing reports in an office.

The research clearly shows that this is yet another made up name with a picture which claims to be the owner or brains behind the signal software. In reality, this is just a stock photo. It stands to reason that if his identity is a sham, then all the stories associated with him is also fake and not to be believed.

Generally speaking legit programs, systems and software use testimonials from happy users or customers to showcases just how good their product is so that others are attracted. It is a very powerful strategy but it is employed by many scam software presentations too. It is not uncommon for scam software sellers to fake video testimonials using paid actors which we with our experience can spot in an instant.

Interestingly the scammers behind Signal Samurai didn’t bother about using this formula or perhaps they wanted to save money. Well, at least they saved money by not hiring paid actors for their made up testimonials and saved us from watching them.

However, it also stands to reason that nobody has actually made real money using the software including these scammers since their budget is so limited apparently. So, the claims of huge profits are once again busted.

All of this proof points to the fact that these are a bunch of scamming liars. They don’t have one single person who has made any money using Signal Samurai which is why there isn’t a single testimonial. Also, the creator of this software is too shy to show his own face.

For a piece of software that claims to be the very best signals provider, you’d expect that there would be some way to contact the company. But we couldn’t find any contact information on the official website. There is no name, telephone number or physical address.

People who end up investing in this software can be assured that there is no way to contact the company if they need to. So, if you have any questions after you register for Signal Samurai and deposit $250, you are as good as dead to them.

Again this is yet another reason why we think that these people are scammers. Once they take away your money, it is good bye from them and to your money.

Is it possible to make money using Signal Samurai?

No there isn’t any money to be made with the software. It may come across as something worth investing in if you’ve never traded before but you’ll lose all your money. All the promises made by this company are false, and their only purpose is to lure you into paying.

The website is incredibly manipulative but geared towards people who know little about binary options trading. The only ones who will make money with Signal Samurai are the unknown scammers behind the scenes.

The only outcome you can expect when you signup for Signals Samurai is that you will lose that money and never get it back. This is an unbiased review, and we have exposed their lies for you.

We would never invest in software like this and would advise that you don’t either. There are other much better signals software out there that really work. So, save your money and use what is proven to work.