So Social Tech Trader was apparently founded by “Albert and Gilbert Hanson“, who used to work for the technical team of a large Wall Street bank.

They then decided to leave and do their own thing, aiming for the ‘modest’ target of millions of dollars of annual profit instead of billions.

The only problem they had?

Finding a replacement for the massive server farms the big banks used to have!

That’s when they stumbled upon an innovative solution; why not use the power of social networking! In this manner, Social Tech Trader uses the server power of each individual user to replace the server farms of the banks, so the more the merrier!

So can Social Tech Trader really use the power of social networking to earn you $6,440 a week?

What is Social Tech Trader?

We’ll cut right to the point; no Social Tech Trader will not do any of the above:

We won’t go any further into this. If you think that you can make $920 a day off a minimum $250 deposit, you know absolutely nothing about trading. By the way, that rate of return translates to a 468% profit in just one day!

Zero realism, and their ‘social networking’ explanation is just silly.

Social Tech Trader copies the same formula that every one of these fake advertising binary robots does.

Fake advertising really; that’s why they’re always offered for free. The robot itself does exist, however, and it’s usually just some generic auto-trading software that they use again and again.

We couldn’t positively identify which broker Social Tech Trader was partnering with as the website is no longer functioning, looks like the people behind it have moved on. Actually, the website currently redirects to Navstar Trader, which we have previously reviewed on this site.

Here’s a quick summary on the Social Tech Trader: don’t waste your time on that absolute nonsense.

Even though Social Tech Trader is now defunct, there is something interesting that you can take away from it:

We have mentioned previously that one of the main ways these robots promote themselves is by biased review sites.

What happens is that these review sites will ‘expose’ 90% of the binary options robots out there as scams (which is true) and then they will endorse the remaining 10% as legitimate (which is false). In this way, they seem credible to their readers. 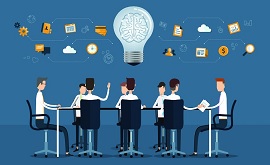 Of course, the owners of these biased review sites are affiliates to these robots they endorse as well.

Quite a profitable business model. Why do we mention it? Because Social Tech Trader was one of those robots that was being endorsed as ‘legit’ by many so-called trusted binary review sites!

So how can you use this information to your advantage?

This may very well save you from being hoodwinked out of your money in the future.

Social Tech Trader is just yet another binary options robot using fake advertising to try and get a piece of that affiliate commission pie.

And just like dealing with ignorant people on social networks, it’s time to add Social Tech Trader, and every review site giving it a positive review, to your ignore list.