When it comes to the triangle, huge majority of the traders thinks that there are only two types of the triangles – the contracting and the expanding triangles – they are not far from the truth. However, the contracting triangles are nothing like something that can be found in the books dealing with trading and strategies for trading binary options because currency markets are very volatile and the volatility is very high while the quick moves delete levels very easily.

When it comes to the contracting triangles, it needs to be said that these types of triangles can be irregular, horizontal as well as running variations and the same things is applicable to the expanding triangles as well. However, not a lot of can be concluded from their names. However, it is extremely important to mention that each of the types of the triangles that were mentioned previously are appear a lot when the technical analysis of the markets is being done.

Video material that is accompanying this educational series are presenting you with the basic information about the previously mentioned triangles and the second part of this educational series will be dealing with the special types of the triangles. The above mentioned types of the triangles are located on the b-d trend line and it needs to be said that the b-d trend line can be considered as the most important trend line and that this trend line should be considered and looked at when it comes to the respecting the triangle’s rules.

Triangles formed on the C-E and A-E Trend Line

However, this is not obligatory and it sometimes happens that, for example, in the irregular formations, the wave b is the longest leg of the triangle and it happens that it is longer than the wave a. In that case, some may think that the triangle in that case will be broker and interpreted differently. However, that is not the case and the reason for that will be explained in the following part of the text.

The main reason for that is the fact that the main rule of the triangle which says that the b-d trend line needs to be broken and the form of the a-c trend line are still the same. However, this is a special type of the triangle or the irregular triangle. These kinds of triangles in majority of cases display bigger thrust or the measure move and this issue is very important when considering the profit of your FX positions or when setting the expiration date for an option. 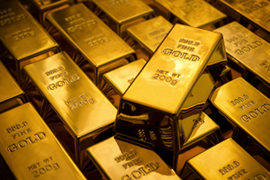 In the moment when the b-d trend line gets broker that is the moment when it is considered that the triangle has been completed and in that moment we will be able to move on towards the new move that the market is creating. Additionally, this is valid for all types of the triangles and it does not matter whether it is the contracting or the expanding triangle or is it a special triangle or not.

The legs of the expanding triangle are all following the wave a that is bigger than the previous wave and the rules applied to the a-c and b-d trend lines need to be the same. However, it is important to mention that if it happens that you actually see the expanding triangle in the classical shape which is horizontal, it means that the market will be forming one and that it will probably be the complex correction.

The expanding triangles that appear most commonly actually form the series of three different highs and lows and if you take any chart as well as if you take a look at the prices in the past you will be able to see that these formations are actually appearing quite often.

For the traders that deals with the binary options trading, triangles might seem to be too complicated. However, the right understanding of the way in which they are formed, the places in which they appear and how to actually trade using those triangles is crucially important. The video material accompanying this article is actually making a transition from the previous article about the thrust of the triangle and it also puts it into the perspective of binary options trading and FX trading with these kind of patterns.

Since markets are actually consolidating most of the time these types of patterns are actually being formed all the time and it does not matter what in what kind of market the trade is being done.