The Gann Fan Indicator and Its Role in Binary Options Trading 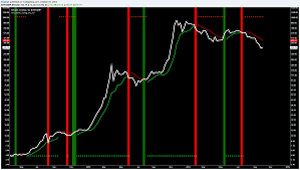 The Gann Fan indicator was named after one of the most renowned binary options traders in the entire world, Mr W.H. Gann. The Gann tools are practical and available on all trading platforms.

This indicator’s primary purpose is to find and identify support and resistance level which can be crucial for traders’ moves. Roughly said, they are convenient to find the points to place buy options or put options, which of course depends on whether the trend is bearish or bullish.

The great Gann studied the angles of trend movements. He emphasized that each financial asset moves and responds to the angles in a unique way. His Gann Fan tool is exactly based on the angle theory, whereby the 1×1 notion is taken into consideration. Not only did he popularize the angle theory, but he was also very active in the field of technical analysis.

There are three different Gann tools that every platform supports, and they are the Gann Line, Gann Fan and Gann Grid. The three indicators became inseparable from the binary options market enabling traders to rely on the support and resistance level reader to make the best decision. The worldwide known options and Forex platform, the Meta Trader 4 had the Gann option listed as third in a row once you go to the Insert button. Of course, traders can choose between the three Gann indicators since they are all incorporated.

Traders are often worried that they will not know how to use a tool, but the Gann Line is actually very simple. The Gran Grid is known for dividing the screen into 4 different parts, whereby it is supposed to identify both, time and price, which will be potentially reached in the future.

The Gann Fan indicator mostly revolves around the 1×1 line and all analyses conducted with the aid of this indicator start from the 1×1 line. Still, even if the central part of the action, other lines can also be of use, like the 1×2 or 1×3. The main factor of this is to observe the price movements in relation to the 1×1 line. If the price moves away from 1×1, it means that the resistance and support levels are weakening. The bigger the distance between the price and the 1×1 line, the weaker the levels.

The Gann Square is yet another tool which relies on the Fibonacci numbers and values and integrates them into the Gann Square, whereby the goal is to discover which numbers represent the core values of the tradable instruments.

Gann was a fanatic and fascinating trader who was the first to realize that pricing and timing are correlated and that both have to be considered to strike the right price. He figured that traders, in addition to the price movement, also need to know when the price is going to move. This theory has become very valuable and highly respected in the binary options market, where it is crucial for traders not only to hit the right price but also the timing with the short expiry dates. Sometimes the options market seems to revolve more around the given timeframes, then the prices. To place a profitable option, one ahs to assess both features right (price and expiry date).

The 1×1 line is also a strong indicator of future price levels and resistance levels, and when one breaks to the upside, it will turn into a support level, whereby at the same time, a new one on the right of the chart will appear as resistance.

Besides Gann, who made the connection between time and price, Elliott Waves also included the time factor in every of his analyses.

B and d trends are supposed to be broken when there is a contracting triangle before the new e wave is able to form, and it does not depend on the form the triangle takes on, it can be bullish, bearish, contracting, expanding, etc. This means, no matter what triangle you have, but what really matters is time, which takes even priority over the price in this case. The Gann Fan indicator is a vibrant and dynamic support and resistance tool spotting them always on time.

Dynamic support and resistance levels resemble classic levels, but yet they are not displayed horizontally as usual, but have a particular angle (bullish or bearish). In this situation, the Gann Fan angle theory can actually be used, by indicating resistance even when the price hits a new high, and vice versa, indicating support when we have a new low.

Nothing is left unexplained by the Binary Options Education, so we think it’s time to write an article on dynamic support and resistance levels which even further explains the benefits of Gann Fan indicators.

The Gann Fan will indicate a call option when the 1×2, 1×3, and any line other than 1×1, is tested by the market with a bullish trend,  whereas when the market is bearish, the Gann Fan will always opt for put options, acting as resistance when the lines 1×2, 1×3 are tested.