The Most Important Levels of Retracement 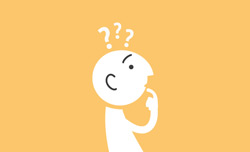 The fact that the markets are moving in waves or in cycles should not be a big discovery for anyone because this fact has been know for quite some time now. Because of that, if it happens that it is the bullish and it happen that the market decides to actually add to the long positions or as it is the case with the binary options, it would perhaps want to trade one option but that is not a wise move.

Splitting the amount of the binary options into several entities and then searching for the possible places where we can trade them is much better thing to do and it is considered to be a normal move and this will be the main purpose of this educational series. More precisely, it will help you to identify the best levels of retracement that can be added to the position. The levels of retracement can be found using the Fibonacci levels and the most important of those levels are 61.8%, 50% as well as 38.2%.

Using splitting to discover the End of the Wave

These are the places in which the corrective waves should find their ends and if you split your entry into several different amounts and if you buy the call options in the rising trends such as 38.2%, 50% or even 61.8%, a trader will have better opportunities for his or her options to expire in the money rather than losing the money.

In a ZigZag patterns, it is absolutely not possible for the even the smallest part of the wave b to retrace more than 61.8% of the first move, or the wave a (ZigZag patterns are always marked with the letter a-b-c and they are always corrective waves – when it comes to the ZigZag patterns we refer you to the part that of this Binary Options Academy project that deals with those kinds of patterns). In that situation and with knowing that a ZigZag wave is actually the five wave structure or the impulsive move, the only thing that the trader needs to do in that situation is to find the five waves structure for the given wave.

After that, the next move is to use the Fibonacci retracement tool in order to measure the entire length of the wave a and the main reason for that is the fact that the not a single part of the wave b should retrace more than 61.8% and if that happens traders will be able to scale into a position. More specifically, the scaling actually means to find the perfect striking price with a unique and specific move by actually trading with the smaller amounts that it was originally intended or imagined and this issue can also be applied to the binary options trading as well.

Trading with binary options actually provides bigger advantages because a trader will not be able to trade with the best striking price but he will also have to keep in mind the expiration date. In that case, the best thing would be to split the amount that a trader wants to invest into three different parts. Here is an example. If your plan is to trade 100$ call options in what may be the bullish ZigZag pattern, in that case the best possible idea would be to scale that amount into perfect position and in order to do that a trader will have to split the invested amount as well as to play with the determined expiration dates.

One of the things that is recommended in this situation in general is to buy the call options on a dip on the first very important Fibonacci level that is 23.6% retracement and one result of this move will be the longest expiration date possible for a price to go lower because only the 61.8% retracement level would actually make the pattern invalid.

The most recommended thing for this option is to have one-third of the investment that we have started with and in our case, it means that we will have to trade the call options in the value of 33$ and the expiration date that has been determined anywhere from the end of the day to the end of the week according to the time frame that is actually the hourly chart. In this situation, the most important thing for a trader is not to be afraid to set the end of the week expiration date as well as to greedy because planning and executing are two things that cannot go individually and without each other and the main purpose behind those actions is to make trader safe and to provide them with opportunity to trade even the next day.

The next move in this regard would be to trade the call options on the 38.2% of the retracement level because that level is the level that is most likely to make the market go in retrace in a zigzag pattern. In this case, traders will have the opportunity to set the lower expiration dates and use bigger investment and we would recommend using 50% of your investment for trading call option. When it comes to the expiration date in this case, the end of the day of the end of the week expiration dates are acceptable in the cases when the options has been traded in the second half of the week in the situations when the time frame in which the zigzag pattern is being formed in an hour of four hours chart.

The amount of the initial investment that has left, the remaining 20% out the 100$ investment should be traded at any level between 50% retracement level and 61.8% retracement level because that level is the final invalidation of the pattern. The result of these actions will be the fact that traders have scaled into position with the exactly the same amount of the investment that the trader wanted to invest and the expiration date being different. Besides that, trader’s portfolio will also be diversified and without a bearish risks that the trader should not have encountered in the first place.