The Saffa method is a brand new and free binary options trading software owned and possibly operated by Jake Mason. The system is fully automated which means that traders don’t need to put in extra effort to get signals, choose trading periods or even execute profitable trades manually. Everything is handled by the trading robot. The platform guarantees that binary options traders will make between $800 to $100 every day.

No profits are guaranteed

However, upon further investigation, we found that Jake from the Aussie Method was the same in this method. But how is that even possible? Well, we also discovered that everything from the testimonials to the system is the same which leads us to believe that its the same person.

How The System Works?

We were not surprised when neither the video nor the website clearly explained how traders using the system would end up making money. There is no explanation about how the method generates signals. So, the assumption here is that traders will just signup for an account, then deposit money and relax while the bot trades on their behalf.

You can perhaps keep an eye on your account while it continues to trade on autopilot. Traders cannot ask questions about how the system works because they are expected just to trust Jake Mason. Take the creator’s word for the system as well as the glorifying testimonials as the word of God is what is expected.

To drive home the point that you’ll become rich the video shows off a fleet of fancy cars, rows of expensive homes and exotic locations you can be enjoying life in. According to him, you’ll miss out on the opportunity to live the high life if you’re not able to join as one of the 20 traders chosen to use the system. 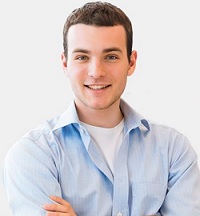 This is the face of the supposed creator of the system

A countdown timer pressures you to not waste any more time. Since there are only twenty slots available you need to make a decision right away. According go the website as soon as the 20 traders are found there will be no further requests taken and so you’ll never become rich. However, we implore you to take the time to look into all the claims made by the system before you’re convinced it is legit.

Can You Trust All The Claims Made?

We wouldn’t trust this system, and we’d ask you to be skeptical about it too. For starters, there are many unanswered questions about this system. We will start by outlining a few more prominent problems below:

The claim is that anyone using the system can make at least $800 a day without even having to lift a finger, but there is no explanation as to how it works. This kind of money is made by people in high profile professions or high-end business people, but it requires a great deal of work.

These companies definitely did not verify this scheme

We therefore don’t believe the claims made especially since you can end up with $300,000 at the end of the year without doing a thing. If this was really true, the Saffa Method would be across the news, and everyone would be talking about it on social media. There would be no reason for the creator of the system to work so hard to convince traders.

Every other element is precisely the same. Now that it’s clear that the Saffa Method is just a clone of a known scam system you shouldn’t take their claims so seriously.

Traders need to be very suspicious of claims made by a so-called system of being able to generate hundreds of dollars a day by just depositing a seemingly small amount. Plus, if you’re not told how the system works you don’t know where the money is going. A system with this type of potential does not need to coax people to use it.

One of the most unbelievable claims made is that they just need twenty traders to signup for the system. If anything this type of statement is made to create a false sense of scarcity. They are trying to make you think that if you don’t signup immediately, you will lose a once in a lifetime opportunity to someone else.

We discovered that the so-called 20 open slots have always remained open, ever since the method was launched. So, either it’s so bad that nobody is signing up or the fact that they just reset the counter?