The Use of the Fibonacci Tool – Elliot Waves Theory 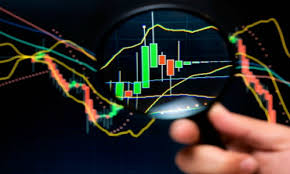 The tool can be applied to various situations, e.g. when you have a corrective move, impulsive move, etc. Any kind of retracement is enabled, and below, you can find few examples that confirm this theory.

This educational series does not only feature retracement but also expansion features with Fibonacci. The Fibonacci numbers let us presume that technical analysis of the financial markets is an inevitable part, as it is.

For example, if you have an impulsive move, you should know that the second wave will not retrace more than the beginning point of the first wave. 100% retracement is mission impossible in this case since the second wave is not going to retrace a lot.

On the other hand, when we have a corrective wave, things change. A b wave in flat has the capacity to retrace over 100% in comparison to the length of wave a. The market is creating a flat, but the b wave is strong. The retracement might be larger, and you can drag the Fibonacci expansion tool right onto the chart to measure it. 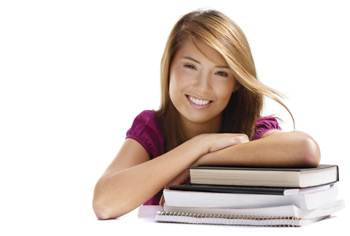 As a trader, you can keep this level for correction even when you are dealing with a big x wave. These correction waves usually travel at the 61.8% level in comparison to the preceding corrective wave, which can be mostly 100% retraced.

The Fibonacci Expansion tool is also suitable for finding an extended third wave when dealing with an impulsive move (of course, when the third wave is the one extending). Traders can simply drag the Fibonacci expansion tool from the start of the first wave to the end of wave 2, whereby the result reveals you the length of the third wave. The minimum requirement level is 161.8% for the third wave from above to enable its extension very frequently, but often the market is moving at incredible speed and reaches a 261.8% level.

Take into account that the fourth wave usually retracts no more than 38.2% in comparison to its preceding third wave. This again means that it is time to place trades. When the level of 23.6% is reached, it is time for call options if dealing with a bullish trend, and for put options when the impulsive trend is bearish.

The same rule applies if the striking price reaches 50% and it is recommended to trade more aggressively when this happens.

The Fifth Wave- The Last But Not Least

When having an impulsive move, the fifth wave could be somewhat confusing since it mainly depends on what kind of extension was used prior to the formation of the fifth wave, and by the time it actually forms, traders should already be aware which wave was the longest.

If witnessing a third wave extension, then the equality rule applied to the first and fifth wave can provide traders with useful information and what the market future will look like, as well as what opportunities are waiting for them.

When traders have an extended first wave, the rule of thumb prevails to look for placing put options, but only after the fourth wave has formed. Any move after the fourth wave is good enough.
Fibonacci and Elliot have become inseparable, and the tool is great to detect the striking price for binary options traders, while its role in the Forex market is slightly different. Namely, the Fibonacci tool in the Forex business indicates Stop Loss and Take Profit options and when it is best to hit them.