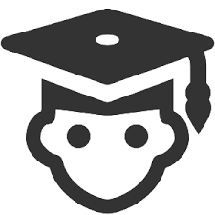 The fundamental analysis is crucial for the central banks that use this kind of analysis to establish the monetary policies and they are the ones that create or cause the big changes in the markets all over the world. However, on the other hand, technical analysis, or rather the day to day analysis is actually the one that provides the trader with the possibility to keep the money management system as the objective by stopping the losses and making profits.

The swings that occur on the markets can be predicted and the accuracy of those predictions varies and because of that, many different trading theories have been created such as the Elliot Waves Theory, the Gartley, Gann, and many others. The main and the purpose that all of these theories are sharing is to predict the price actions that will happen in the right side of the chart. Here is an example. When it comes to the complex corrective waves such as triple ZigZag or the triple combination, in that case the second as well as the third correction can actually be identified by using the technique called the Waterfall Effect. The only requirement that the trader has to fulfill for this technique is to measure the length of the first correction using the Fibonacci tool for retracement and after that takes 61.8% from it and make a projection of it from the end of the first correction. The result of that action will be the end of the second correction.

The Waterfall Effect that we have mentioned previously is one of the most complex patterns that appears in the technical analysis and the main reason for that is the fact that it is being created only by corrective waves. In this case, that means that the each pattern that appears in this analysis is the corrective and not the impulsive one. This fact is very important in the case, for example, when the waterfall effect is appearing in the bearish trend. In that case we should attempt to buy the put options on the level of the retracement that has been given by the two corrections that are actually going in the opposite direction.

Here is one example. In the case when the first correction that appears towards the downside is actually the ZigZag, the wave x that is actually the corrective wave and it should be a really simple correction it will be very likely to retrace it more than 61.8% of the entire distance that the price has been traveling from the moment when the ZigZag appeared until the very end. However, with the use of the Fibonacci levels of retracement we will have the opportunity to scale in the position that will enable us to buy, for example, the put options on the retracement to the 23.6 level, as well as on the retracement to the 38.8% and by determining the expiration date at the same time which depends on the time frame that has been selected.

However, the waterfall effect call options can also be traded in the bearish pattern that respects the waterfall effect. In this case, the call options should be traded only after when it is clear that the price is actually creating the final corrective wave. That, the final corrective wave is actually the triangle and the striking price in that case for the call options should determined by the moment when it appears that the market is creating the new low and after the wave x has been completed. That means that the wave a is in the pace and in that kind of triangle that actually signals the bottom which in our case is the wave a and it is in big majority of cases the longest one. Consequently, this makes the call options so appealing to many traders.

What should be done after the Waterfall Effect has been completed?

The answer to this question actually depends on the fact where it has appeared and what the implications of that appearance are on the right side of the screen.

Here is an example of that kind of situation. If it is evident that it has appeared as the second wave in what could be described as impulsive move – which does not happen that often it at all – in that case, we should be ready for a powerful impulsive move that will come as the third wave and in that case the call options with the bigger expiration date are what we recommend. The main reason for that kind of thinking is the fact that that king of bounce from the given area will most probably cause no reply. However, the majority of buyers will as soon as the stop loosens be triggered by the time that the market is actually making the new highs and besides that, the fresh formed bulls will appear as well.

It is also possible that that kind of patters is actually appearing as the complete leg of the contracting triangle and when that happens it will be followed by the corrective wave. However, the correction in that case will be going in the opposite direction.

In the end, when a special type of the impulsive move appears, for example, when the all legs of the triangle are corrective, the last leg or the fifth leg can form the patter which is actually the triple combination that might create the waterfall effect. For the final thought, it needs to be mentioned that this kind of pattern will most like appear in the case when the market is actually creating the triple ZigZag or a triple combination. Additionally, this kind of patter will not be present in the impulsive moves and because of that, in situations when the complex correction is actually being formed, the levels that are respected by the complex correction will give us the perfect striking price.