Cryptocurrencies have as of late enjoyed increased popularity amongst business people selling everything from digital art to coffee. However, what separates a cryptocurrency from other types of currencies is that it is encrypted. The encryption locks the process involved in both conducting various transactions and their generation.

Cryptocurrencies have now crossed the $100 billion point which accentuates the fact that it is no longer just bounded to the realm of IT geeks and people selling drugs on the dark web. It is also poised to become the leading alternative form of money for almost everything you can think of buying.

The change brought about by the advent, and growing adoption of cryptocurrencies to the financial markets and us as consumers is still difficult to estimate. Many people still don’t realize that the possibilities are endless for everyone. Not to mention the fact that anyone and anywhere can transfer money in a matter of seconds directly, and securely. 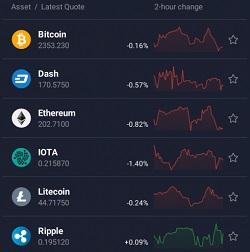 Ask anyone who has sent money across the border, and they will tell you that it takes an average of a week to process. So, the ability to send almost any sum of money to any part of the world is an attractive prospect for businesses and individuals.

The other plus point of using cryptocurrencies is that it renders fraud near impossible. The blockchain employed by these currencies is secure and tracks every transaction. Obviously, less fraud means more trust and safer business practices.

Cryptocurrencies have managed to change the world in a way that has not been possible for many centuries, i.e., it was able to do away with the need for banks. You no longer need to go through a bank to transfer money and pay a commission in the process. Also, banks charge for mediation if things go wrong. With the use of cryptocurrencies, this will no longer be a problem that people need to concern themselves with when doing business.

Originally launched back in 2009, it was the first cryptocurrency to be publicly traded. The fact that it was accepted into the market marked a new era in the development of a fresh international financial system. Today, Bitcoin comprises 45% of the entire cryptocurrency market and also happens to be the most expensive currency to buy.

There is a limit to the number of bitcoins that can be produced. It is limited to just 21 million, and with rising demand, the price increases with it. It is also the most trusted cryptocurrency. Satoshi Nakamoto is considered the creator of Bitcoin though nobody has ever seen or heard him.

Dash was previously called XCoin and Darkcoin, launched in 2014, it offers the same capabilities as Bitcoin but with the added advantage of instantons transactions or InstantSend as it is called. It also has a feature called PrivateSend and one called decentralized governance or DGBB. Dash users can send money in a second while remaining anonymous thanks to the implementation of a technology similar to Tor.

Dash benefits from a two-tier system. Miners are the people who are the first to write on the blockchain putting them in the first tier. The use of so-called Masternodes allows for the use of advanced features like add-ons which form the second tier.

Ethereum is ranked as the second most popular type of cryptocurrency, right behind Bitcoin. That’s an achievement in itself considering the status of Bitcoin as the pioneer of cryptocurrencies. It is currently worth more than 50% of bitcoins in value.

Smart contracts are stored within Ethereum’s blockchain. They work as a sort of exchange mechanism which will carry out a direct transaction of the value between two agents of unknown origin. Smart contracts is one of the reasons why Ethereum is so successful.

However, Ethereum is known for being volatile with spikes in value, In June 2017, the currency experienced a brief crash from $319 to just .10 cents, which then rebounded the next day.

It is a relatively brand new cryptocurrency which is being touted as a new generation of the conventional blockchain. The new currency has been optimized for use in the Internet of Things. So, unlike using a heavy and increasingly large blockchain, IOTA was developed with making it as small and light as possible.

IOTA replaces the blockchain with tangles. Tangles is mainly based on the use of Direct Acyclic Graph or DAG as it is called. The DAG does not distinguish between validators and regular users which approve transactions. So, to affirm a commitment to a transaction the user has to confirm two other different transactions. That is the foundation of the decentralized system.

Ripple is a business that provides a global market solution. They launched their own cryptocurrency which was seen as the next logical step. Its creators say that Ripple is the fastest cryptocurrency in the world and can be used for scalable digital assets.

It also boasts of immediate transactions. So, a user can process up to 1000 deals in just a second that is much faster than Ethereum and has excellent stability. It is also ranked as the third most popular cryptocurrency.

The legality of cryptocurrencies: