We have put together a totally unbiased review of Trading Everest. The software in question has been around for a while now, and it seems that their sales have improved a great deal. We recently received an email asking us to join for free. So, we decided to take a look at the system and give you our honest opinion.

Trading Everest is a trading signals service which according to the company is able to provide near accurate winning predictions. The sales video promises that users will make insane profits from the time they sign up and start using the software. We were intrigued by all these promises and decided to test the waters to determine if in fact, Trading Everest was really worth it.

What is the Trading Everest Software all about?

Originally, we were introduced to the software by its co-founder Jason Gaines. This person named Jason tells us how the software can turn any trade and trader around if given a chance. According to Mr. Gaines, he was a binary options trader for around four years prior to which he was a trader at the New York Stock Exchange working for a Hedge Fund.

After years of working on the floor and trading on his own, he decided to join forces with an old friend from high school named Chris. Together they developed the software they call Trading Everest.

According to Chris, the app has the very same screening criteria as the one used by elite hedge fund managers on Wall Street. The duo (Jason and Chris) have managed to duplicate these trading programs via software. So, in short, what they claim to be offering is a proprietary money making software.

The super fast trading software uses various features like market screening to finalize trades. They also boast of having a 9 out of 10 successful win rate, which is terrific by any measure. But is that actually the case?

What type of money can you make with Trading Everest?

Now Jason tells us that the software can make between 71% -85% of gains every 60 seconds every time a trade is executed. So, the software has the potential to transform a mere $200 investment into a whopping $40,490 a week, and that too on autopilot. 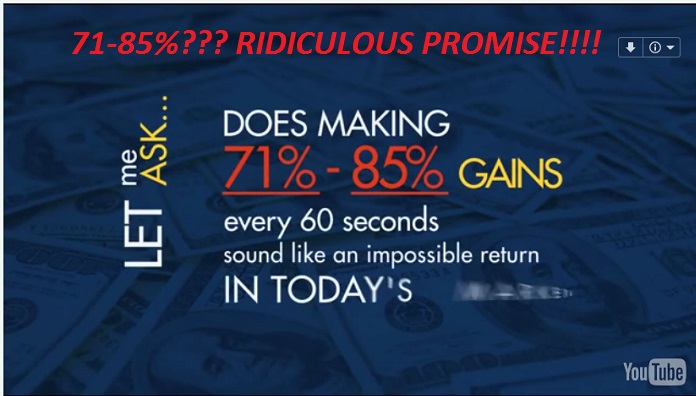 Jason during the course of his promotional video cites various figures like making $345 in just 60 seconds or $540 in just 5 minutes. So, the software can easily earn money for you and a lot of it as it appears.

If we were to believe the figures being thrown around an average trader using The Trading Everest software can make between $23900 to $45000 a week! That’s a lot of money and way too good to be true.

As part of gaining our confidence, Jason and Chris show their earnings for what we are told are the past three months. Their earnings are $4,50,600 and $2,78,000. Again the figures don’t really prove anything because anyone can doctor their earning report on video.

We should warn you from the get go, that we have never seen this type of software work for real before in the years of reviewing various trading software which has proven to make vast sums of money. So, it is most likely a scam like the many others we have uncovered.

How does Trading Everest Work?

During the video presentation, Jason gives us a glimpse of the software in action. The Trading Everest software scans all major exchanges across the world to pick up the best signals which are guaranteed to win. The so called money signals are mainly determined using a so called scientific screening system labeled the ’money multiplier.’

The software supposedly relies on a set of mathematical formulas and various equations which are part of its algorithm to accurately find and identify winning trades. The program also takes several other factors into consideration like the concepts of trading patterns, statistics, and probability.

Then the program uses various indicators which in turn triggers when a trade is nearing its peak potential or what they call TTP. When a trade reaches the maximum possible TPP determined by the system, they alert of an upcoming opportunity.

According to Jason even some of the trades that investors would call great can be rejected and so you are left with only the ones with the highest probability of turning a profit. These are the trades which will provide you with the maximum profit and with little or no risk. But in reality, that’s not the case!

Trading Everest Software is nothing but a Scam!

It is perhaps important to highlight once again that the Trading Everest software is, in fact, a scam. Our goal was to find out who was behind such a brilliant software which had the potential of converting a mere $200 investment in millions in just a year. As we watched the presentation and looked at every image carefully till the very end, we never saw their faces.

All we got to see and hear were sales pitches aimed at making us feel good. Only sales speak and cheap graphics is what this scam has to offer which is why it’s safe to discard it and move on.

Typical strategy of these scams

Anyone who has ever traded binary options will know that enormous profits like the ones claimed in the video presentation are a mere fantasy. No amount of experience, marketing reading, and number crunching can guarantee this type of profit.

Who is Chris and Jason Gaines?

Jason Gaines is a self-proclaimed successful trader who used to earn a regular six figure salary. However, owing to the work pressure and recent personal commitments taking a toll on him he resigned.

After resigning, he teamed up with his old school friend called Chris who was studying ”Advanced Study of Statical Analysis.” A course we have never heard of and couldn’t find any details about it. The same goes for Chris and Jason, who are nowhere to be found.

We reckon that these are just fictional names with a surname like ”Gaines” you can only assume that they are there to gain your money! And as for Chris, he doesn’t even have a surname. 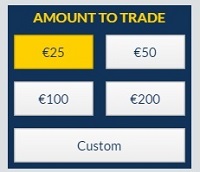 The platform itself looks good, but we doubt it works

As soon as you land on Trading Everest’s main page, there is a 30 minute counter staring us in the face. It is a passive aggressive sales method because it gives you very little time to think rationally because time may run out.

So, they are ramping up the effort to get us into the 30 day trial for the software. However, we sat through it for 30 minutes and let the timer run out. But nothing happened after 30 minutes, and we still could click and get to the next page without a problem.

Using a timer is an old trick which has been used by scammers for a very long time. When you’re in the binary options industry or looking to invest in any type of scheme thinking and due diligence is very important.

Thank God for no Testimonials

It’s interesting why the scammers behind Trading Everest didn’t bother to use an old tried and true formula called ’testimonials.’ 99% of the scams make up their testimonials with pictures of happy faces along side to make them look appealing and legit. The scammers, in this case, have given using testimonials a pass which saves us from having to debunk them. Perhaps that’s the one original idea they have had.

Using the Trading Everest software will certainly not take you to the peak of financial success as it alludes to. However, it is a software which is purely meant to deprive you of your money. Once you have invested money into it to start trading, that will find its way into the pockets of these scammers. So, our advice is to stay away from it at all costs.