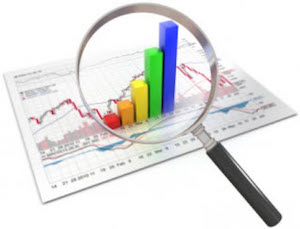 For a beginner trader, it can sometimes be a very confusing affair when trying to understand some of the news in the financial industry and binary options news. This is because financial experts often use terminologies which are specific to their area of expertise to articulate what they have to say.

While most people are familiar with the names of currencies of different countries and the abbreviations used to denote them, they may be unaware that some currencies have alternate names in the trading arena. For example, the currency for the UK is the British Pound and is denoted by the abbreviation GBP (Great Britain Pound). For Australia, we have the Australian Dollar which is identified with the letters AUD.

But when it comes to currency trading, the British Pound can also be referred to as the “Cable” and the Australian dollar as the “Aussie”. Often these connotations are not what the average person expects and this, therefore, can make financial news difficult for them to understand. For example for the lay person, the word “loonie” is often used to describe a person who is mentally unsound. But in the Forex market, the same word is used to describe the Canadian Dollar (CAD).

Currency traders are not the only group of people who often use specific terms to describe the currencies which they are trading. Even central bankers and financial news reporters often use terms to convey a message to the financial markets. For example, the term “bullish” is often used to describe a market which is experiencing rising prices while the term “bearish” is used to describe the opposite scenario. Sometimes, the terms “hawkish” and “dovish” are also used to an upbeat market and a downtrodden market respectively.

Other common everyday terms which financial experts often use to describe a company or a market situation include terms such as “Cookie Jar Accounting”. This term is used to describe a situation where a company had stored up its contingency funds during good times to be used during lean times. The practice is forbidden by the SEC as it misleads investors into thinking that the company’s profits are being met when it is actually losing ground.

Another unlikely term often used by financial experts and investors is the phrase “Dead Cat Bounce”. This morbid phrase is used to describe a financial asset whose prices has hit a continuous low but experienced a temporary recovery only to hit a new low next.

On a more cheerful note, we also have the informal term “Jennifer Lopez” used to describe a financial instrument whose prices have bottomed out and started to rise again. The price movement, when plotted on a price chart, is a curve which looks like the rear end of the singer.